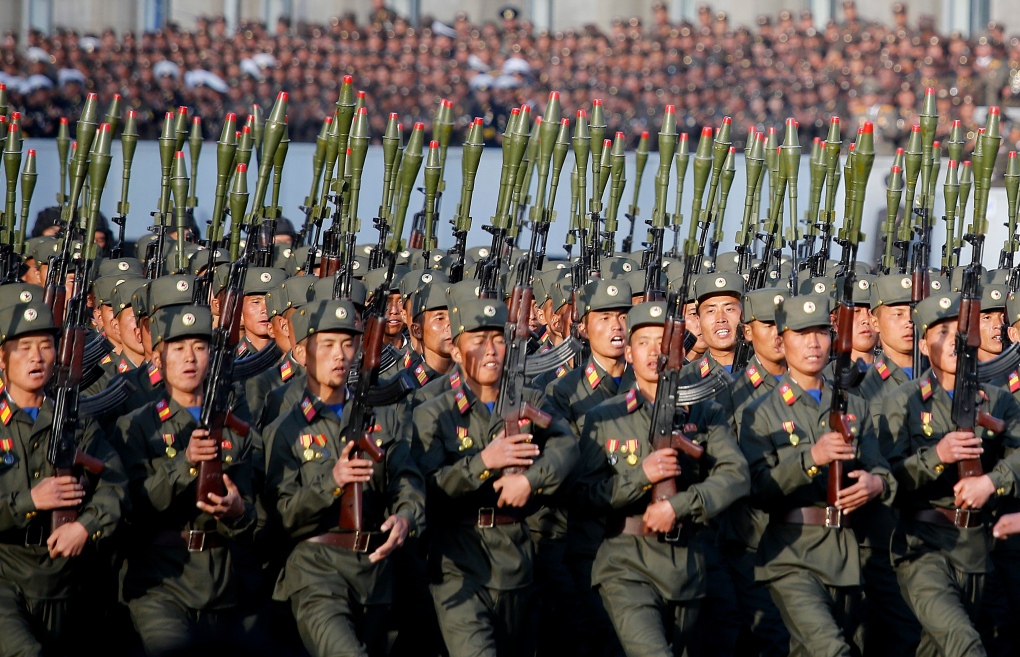 TOKYO -- North Korea is observing a three-day period of mourning for Fidel Castro, seen by the North as a rare comrade-in-arms against the common enemy of the United States.

The North has ordered flags outside official buildings be flown at half-staff to honour Castro, the country's state media reported Monday. The iconic Cuban leader died Friday at age 90.

Reports from Pyongyang said North Korean leader Kim Jong Un sent a wreath to the Cuban Embassy and that a delegation of senior North Korean officials has left for Havana to attend Castro's memorial services.

According to a Japanese agency that monitors North Korean media, Castro is the first foreign political figure to be honoured in such a manner since Palestinian leader Yasser Arafat, who died in 2004.

Besides flying flags at half-staff, it was not immediately clear what the mourning period, which ends on Wednesday, would entail.

Shortly after receiving news of Castro's death, Kim Yong Nam, head of the North's parliament, and Premier Pak Pong Ju sent a message of condolence to Castro's brother Raul, who assumed power after Fidel became too weak to continue as leader in 2008.

In it, they said that although Fidel Castro has died, "the feats he performed for the Cuban revolution and the fraternal relations of friendship between the two countries would remain forever."

But Fidel Castro's passing could well be the end of an era for North Korea-Cuba relations.

Because of their common enmity toward the United States and similar authoritarian power structures, Cuba and North Korea had maintained very close diplomatic ties throughout the years. The two countries established ties in 1960 and Castro visited the North in 1986 to meet with Kim Il Sung, the country's founder and Kim Jong Un's grandfather.

Such fraternal sentiment toward Havana and Raul Castro, however, appears to have dimmed in Pyongyang amid a rapprochement between Cuba and the U.S., who agreed to normalize ties in 2014.