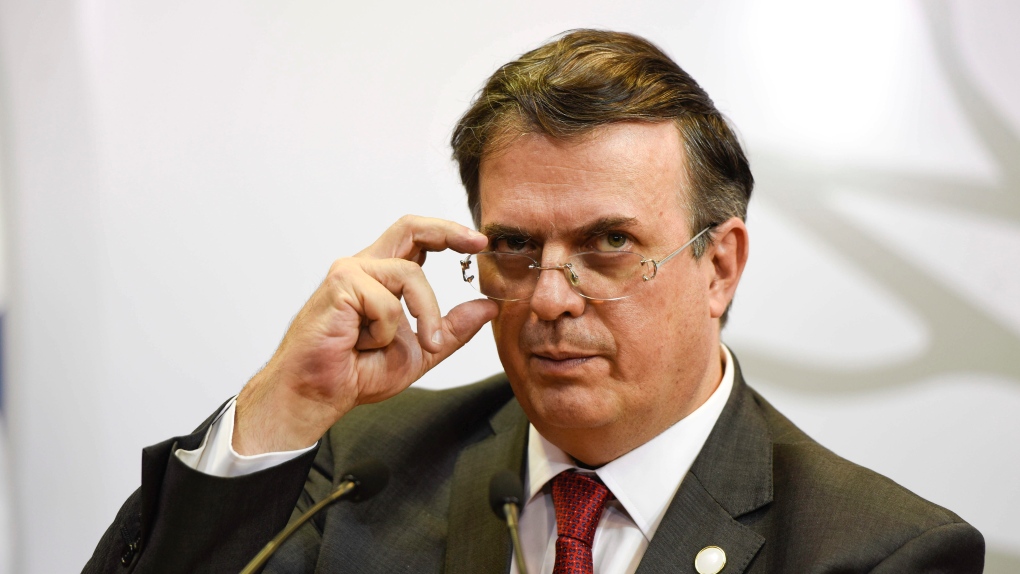 Mexico's Foreign Affairs minister Marcelo Ebrard pauses during press conference at the end of the meeting of an ‚International Contact Group‚ formed in the wake of the political crisis on Venezuela, in Montevideo, Uruguay, Thursday, Feb. 7, 2019. (AP Photo/Matilde Campodonico)

On Friday, Marcelo Ebrard wrote on Twitter: "Mexico doesn't act based on threats."

He also said the Spanish-speaking country is "the best neighbour" the U.S. could have.

Trump has implied he might close the border between both nations because Mexico isn't doing enough to stop an influx of migrants from Central America.

The Mexican government insists it is co-operating and says immigration is caused by a lack of jobs, a problem which must be addressed through investment.

Ebrard tweeted earlier that it is "acting with responsibility and dignity on the migration issue."