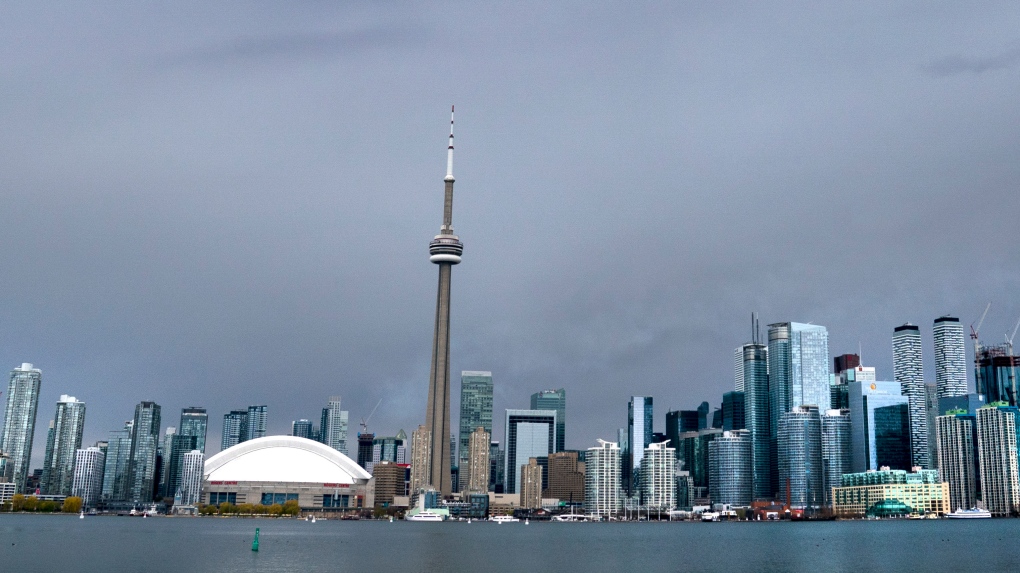 The Toronto skyline is pictured on Sunday, May 10, 2020. (THE CANADIAN PRESS / Frank Gunn)

TORONTO -- The company behind a popular language-learning app will move jobs from the United States to Canada if American immigration policies do not change, its CEO says.

"Unfortunately, if the US policies against (extremely qualified) immigration continue, we'll be forced to move jobs (and inspiration) to Toronto," Duolingo CEO and co-founder Luis von Ahn said Monday in a tweet.

Duolingo is currently based in Pittsburgh, with two other offices in the U.S. and one in China. The company, which  is valued at US$1.5 billion, has more than 200 employees and is currently advertising 36 open positions on its website – 23 of them in Pittsburgh.

Von Ahn's tweet came two weeks after U.S. President Donald Trump banned the issuing of several classes of temporary work visas until the end of the year, including the H-1B visas that are regularly used by tech companies to bring in skilled workers from outside the U.S.

Prior to the ban, 85,000 of these visas were issued per year for workers moving to Canada from the U.S. Critics of the visas say they make it easier for companies to outsource jobs that could otherwise be given to American workers, while proponents including the U.S. Chamber of Commerce argue that there are not enough qualified Americans to handle all the positions filled by H-1B workers.

There are fears that some Canadians will not be able to continue working in the U.S. due to the ban. According to the U.S. Department of Homeland Security, some 4,600 Canadians were issued new or renewed H-1B visas in 2019.

Leaders in the Canadian tech industry have suggested that the H-1B ban could benefit firms on this side of the border, as companies finding it more difficult to get foreign workers into the U.S. could choose to set up or expand Canadian offices for them instead – just as von Ahn seems to be suggesting Duolingo may do.

I'm proud that @duolingo, the most valuable startup in PA, is seen as an inspiration for Pittsburgh. Unfortunately, if the US policies against (extremely qualified) immigration continue, we'll be forced to move jobs (and inspiration) to Toronto @SenToomey @SenBobCasey @billpeduto