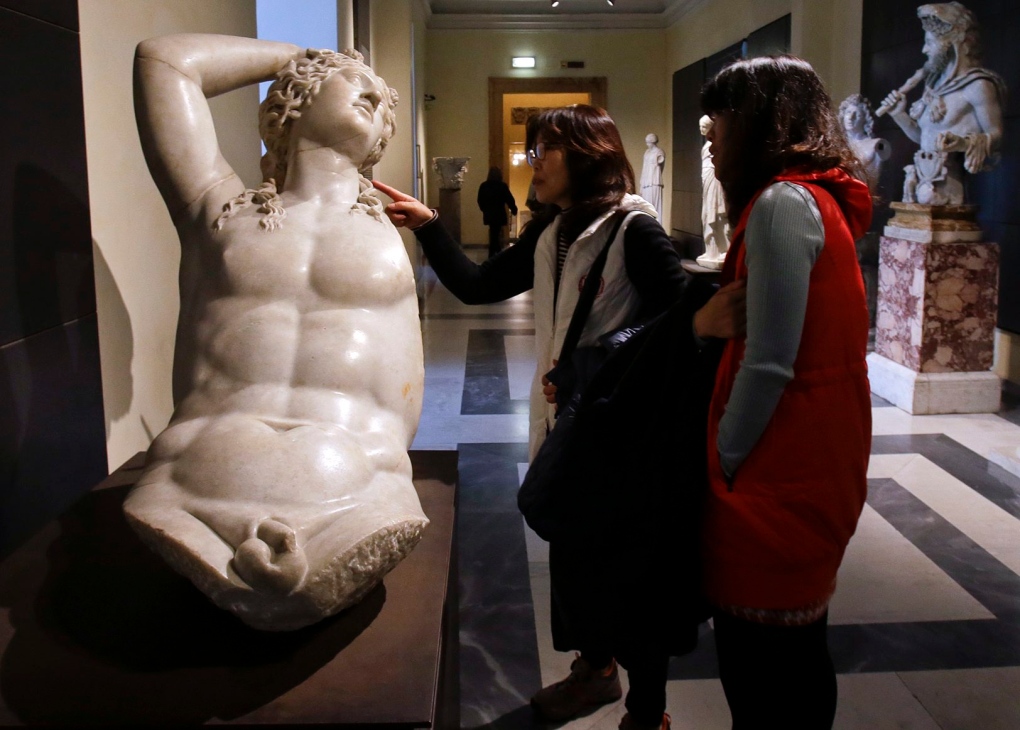 ROME -- A decision by Italian officials to cover up ancient nude statues to not offend Iran's visiting president is drawing ridicule in Rome.

Ahead of a news conference Monday with Premier Matteo Renzi and Iranian President Hassan Rouhani, wooden panels were erected around some Roman statues in Rome's Capitoline Museums.

When images of the coverup made the Italian media Tuesday, politicians from across the spectrum decried and derided the decision.

The museum said Tuesday that the premier's office wanted the statues along Rouhani's path to the news conference covered up. Renzi's office declined to comment.

Among those heaping criticism on Renzi Tuesday was politician Gianluca Peciola, from the far-left SEL party, who announced a petition drive to demand that the premier explain a choice it considers "a shame and mortification for art and culture understood as universal concepts."

On the far-right, Brothers of Italy party leader Giorgia Meloni said that the "level of cultural submission" by Renzi "has surpassed every limit of decency." She recalled what for many was a dismaying precedent -- the draping of a modern nude statue when the crown prince of United Arab Emirates visited Palazzo Vecchio, the city hall in Renzi's home region.

During this week's meeting in Rome, Renzi and Rouhani committed to strengthening cultural ties. The premier's office noted that Rome's MAXXI museum is interested in putting on a show of works from Tehran's museum of contemporary art.

After Rome, Rouhani heads to Paris. Last fall, an unsourced French radio report said the Iranian leader had cancelled a lunch at the French presidential palace because the palace refused to offer a halal menu without wine. The palace insisted such a lunch had never been planned.

That European trip was scratched after the Nov. 13 attacks in Paris.

Rouhani's schedule for this trip includes no meals with French officialdom.