High-speed chase in California ends with vehicle driving off cliff, into Pacific Ocean 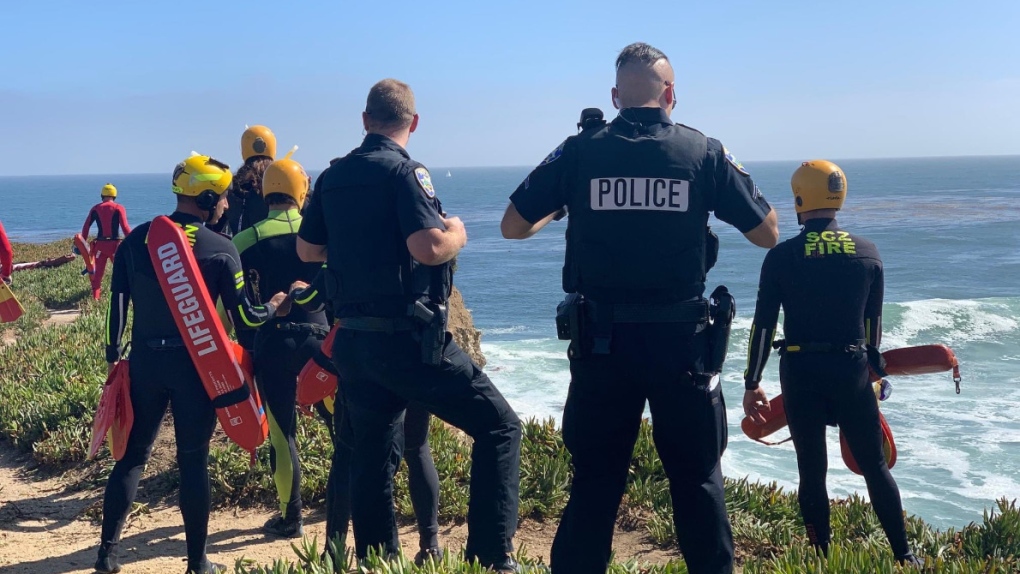 Santa Cruz police officers on the shoreline of the Pacific Ocean after a vehicle drove off the cliff and into the water. (Santa Cruz Police/Twitter)

TORONTO -- A high-speed chase involving an alleged carjacking in California ended when the vehicle plunged off a cliff and into the Pacific Ocean.

On Wednesday afternoon, officers with the Santa Cruz County Sheriff’s Office were investigating reports of a man firing a handgun on a highway near Davenport, Calif., about 70 kilometres south of San Jose, when the suspect allegedly stole a vehicle and drove toward nearby Santa Cruz.

Police say the suspect was driving in excess of 160 km/h and the chase ended when the vehicle drove off a cliff and into the Pacific Ocean.

The suspect was arrested “after climbing out of the stolen vehicle, as he stumbled up the rocky shoreline,” according to the Santa Cruz Police Department’s Facebook page.

Police say no one was injured.

A suspect fleeing in a stolen car drove over a cliff, into the surf. Moments later, suspect was safely taken into custody.

Thanks all #SantaCruz #LEO for helping out keeping our community safe & especially SCFD & county wide rescue swimmers for deploying on a moment’s notice. pic.twitter.com/tOzRN72HTD