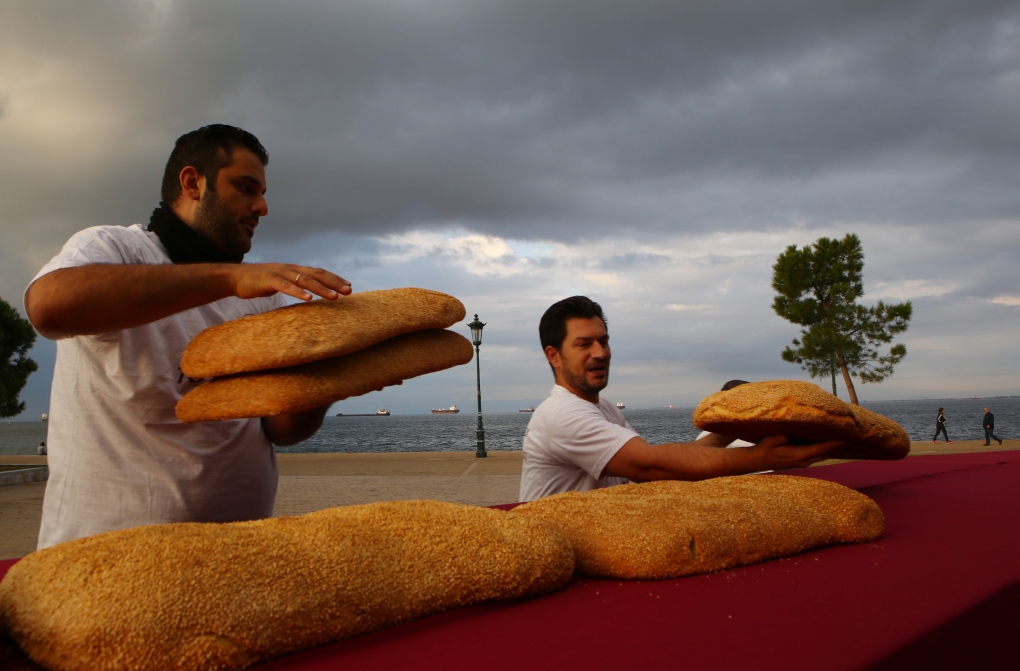 Bakers put the final touches on a giant 'koulouri' (bread ring similar to a bagel or pretzel) that encircled the medieval White Tower, in the northern Greek port city of Thessaloniki October 19, 2014. The 165-m diameter product weighed 1.35 tons before baking to compete for Guinness World Record. (AP / Grigoris Siamidis)

THESSALONIKI, Greece - Greek bakers in the northern city of Thessaloniki have made a giant 'koulouri', a ring bread similar to a bagel, around the city's most visible monument, the medieval White Tower.

The bread, 165 metres in diameter, weighed 1.35 tons before baking.

A "koulouri" is a staple snack, sold mostly by street vendors. Of Turkish provenance, it can be found throughout the Balkans under different names.

Elsa Koukoumeria, president of the Thessaloniki Bakers Association, said they would try to list Sunday's feat with the Guinness Book of Records, adding that they would soon bake a much bigger one to encircle the burial mound of Amphipolis, northeast of Thessaloniki.

The bread itself is already gone, distributed to bystanders.