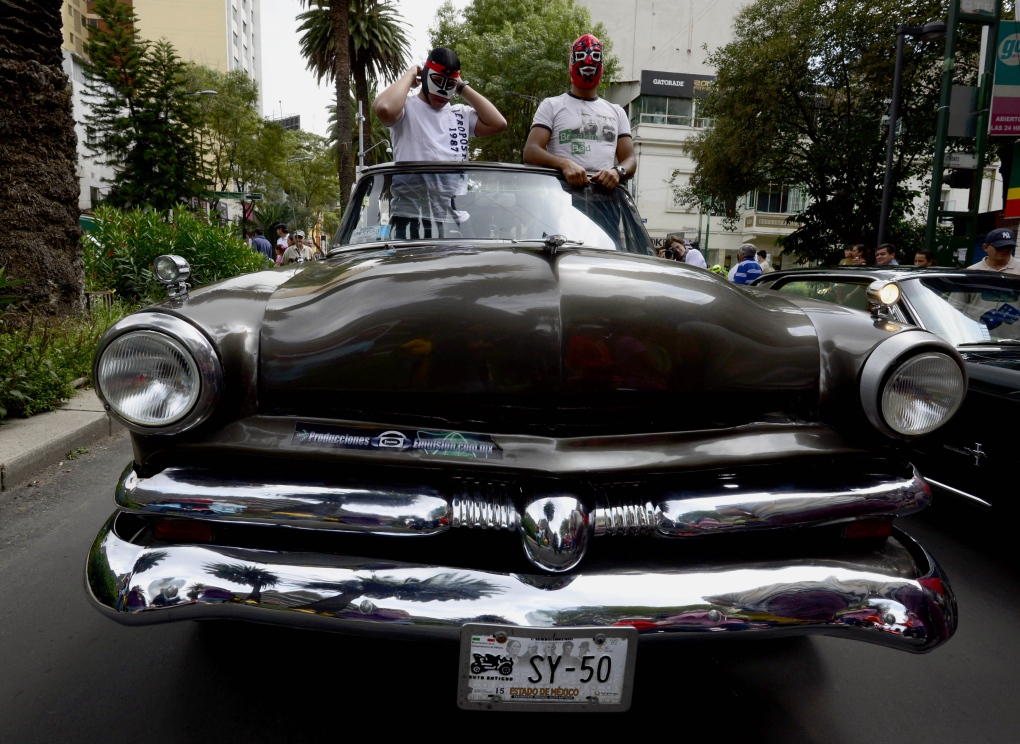 A classic car takes part in a parade during an attempt to get a new Guinness record at Reforma avenue in Mexico City on October 5, 2014. (AFP PHOTO/Alfredo ESTRELLA)

(MEXICO CITY-AFP) - Classic car enthusiasts have broken a Guinness world record for the biggest parade of its sort, lining up 1,721 shining Mustangs and Cadillacs as well as cheerily decorated Volkswagen Beetles.

Sunday's feat eclipsed the previous record set in 2002 in Zandvoort in The Netherlands, with 948 vehicles.

The Mexico City government said in a statement that the parade turned the Paseo de la Reforma avenue that runs through the heart of the capital into an "authentic and rolling museum".

More than 250,000 spectators viewed the cars along the 5.6-kilometer route, the city said.

In May, a sea of 3,634 chefs in white aprons and scores of racing waiters set a pair of Guinness world records in Mexico City -- for the most chefs in a single place and for the most waiters with drinks on their silver trays participating in an 800-meter race.