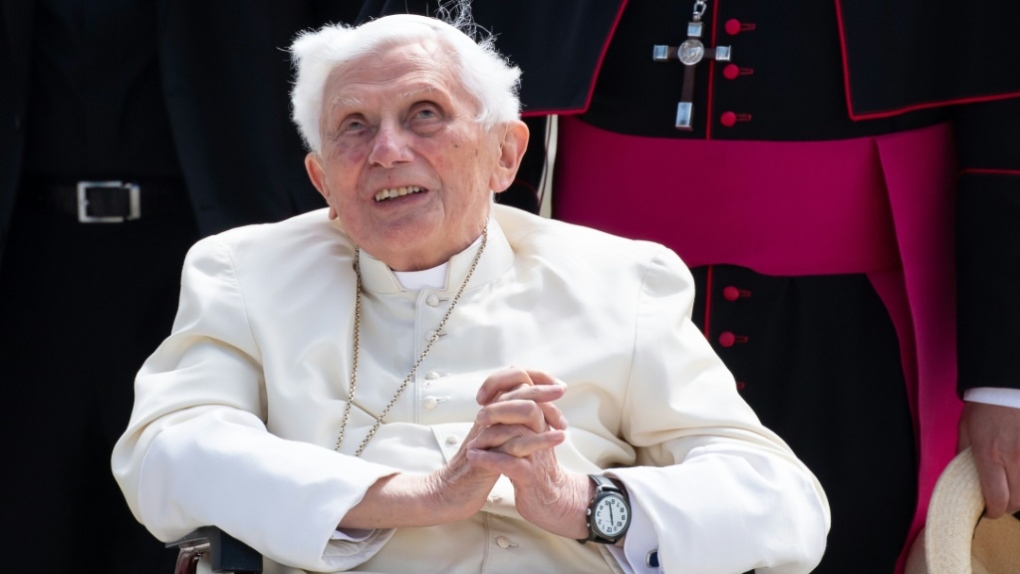 BERLIN, GERMANY -- Former pope Benedict XVI became seriously ill himself after visiting his sick brother in Germany in June and is "extremely frail," according to a report in the Monday edition of the German Passauer Neue Presse newspaper.

Benedict, 93, is suffering from erysipelas of the face, a virus that causes a facial rash and episodes of severe pain, the newspaper reported, citing the former pope's biographer Peter Seewald.

"According to Seewald, the Pope emeritus is now extremely frail," the report says. "His thinking and his memory are quick, but his voice is hardly audible at the moment."

Seewald reportedly visited Benedict in Rome on Saturday to present him with his biography.

"At the meeting the emeritus Pope, despite his illness, was optimistic and declared that if his strength increased again he would possibly take up his pen again," the paper said.

Benedict visited his sick brother Georg in Germany in June, marking his first trip out of Italy since his shock resignation in 2013.

The former pontiff, whose original name is Joseph Ratzinger, now lives in a small former monastery inside the Vatican.

He has largely stayed out of the public eye since he became the first pope in 600 years to resign, citing health reasons.

A traditionalist in the Catholic Church, he was replaced by the reformist Pope Francis.