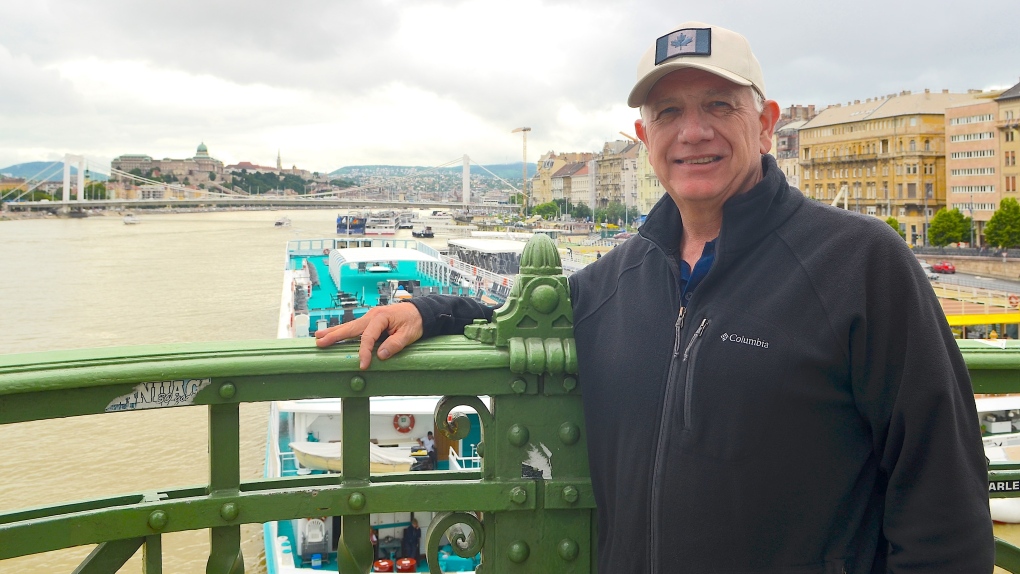 Ken Hoffer of Halifax poses on the Liberty Bridge above the Danube River in Budapest, Hungary, on May 30, 2019. (THE CANADIAN PRESS/HO - Ken Hoffer)

BUDAPEST, Hungary - A Canadian tourist who was on the Danube River in Budapest when two boats collided Wednesday says the experience was "surreal and sobering."

Ken Hoffer, of Halifax, says he was on a cruise boat about two bridges down from where the crash occurred, when he saw a man in a life ring float by in the chilly and fast moving water.

Hoffer, who was standing on the upper deck near the wheelhouse of the Avalon Illumination, says he immediately shouted "man overboard" and alerted the crew, who called in a police boat.

The retired naval officer says seconds later he saw a second man, who was also in a life ring and was waving his arm, before at least three bodies passed by that were face down in the water.

Hoffer says a debris field was also carried by the river's swift current and he and others saw empty life rings, deck chairs, some garbage, and some oil.

However, Hoffer says it wasn't until Thursday morning that he and other passengers learned the extent of the tragedy, with seven people confirmed dead, seven rescued, and 21 missing.