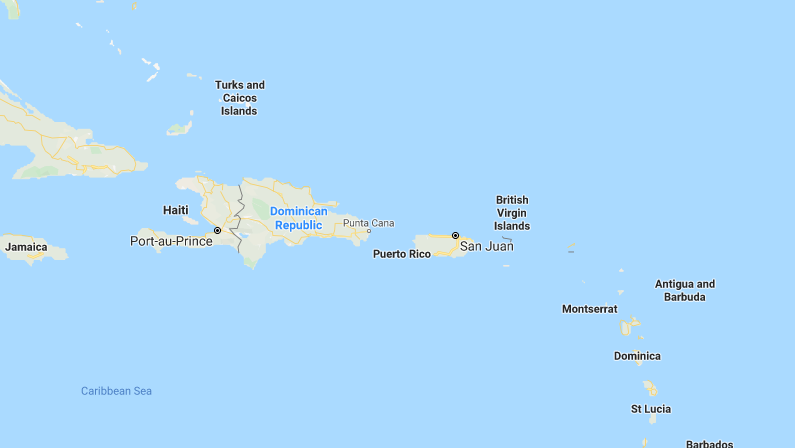 Puerto Rico is seen in this screengrab. (Google Maps)

SAN JUAN, PUERTO RICO -- A 4.9-magnitude earthquake struck just southwest of Puerto Rico on Friday. There were no reported casualties.

The quake was felt across the U.S. territory and is the latest in a series of tremors that began in late December and have damaged or destroyed hundreds of homes.

Angel Vazquez, who oversees the emergency management agency in Ponce, said a house collapsed in the town of Lajas. The house was empty and slated for demolition, according to Kiara Hernandez, spokeswoman for Puerto Rico's Department of Public Security.

Victor Huerfano, director of Puerto Rico's Seismic Network, told The Associated Press that the tremor is an aftershock related to the 6-4-magnitude quake that struck in early January, killing at least one person and causing millions of dollars in damage.

Several offices in the capital of San Juan and elsewhere were evacuated out of caution.

Guanica Mayor Santos Seda said there were a couple of small landslides but that no one was in danger. He said crews will continue to inspect buildings that have been further weakened by ongoing seismic activity.

He said the latest earthquake caused panic once again in his town and beyond.

"It revives the fear of many people," he said, adding that there are still three families in makeshift, temporary structures because they're too scared to return home.