$100,000 reward posted for 2 convicted killers who broke out of New York prison

DANNEMORA, N.Y. -- Two convicted murderers who used power tools to escape from prison near the Canadian border must have taken days to cut through steel walls and pipes and break through the bricks, Gov. Andrew Cuomo said Sunday as a $100,000 reward was posted for information leading to their capture.

Authorities were investigating how the inmates obtained the power tools they used in the "Shawshank Redemption"-style breakout over the weekend.

"It was sophisticated plan," Cuomo said. "It took a period of time, no doubt, to execute."

David Sweat, 34, was serving a sentence of life without parole for the 2002 killing of a sheriff's deputy. Richard Matt, 48, had been sentenced to 25 years to life for kidnapping, killing and dismembering his former boss in 1997. 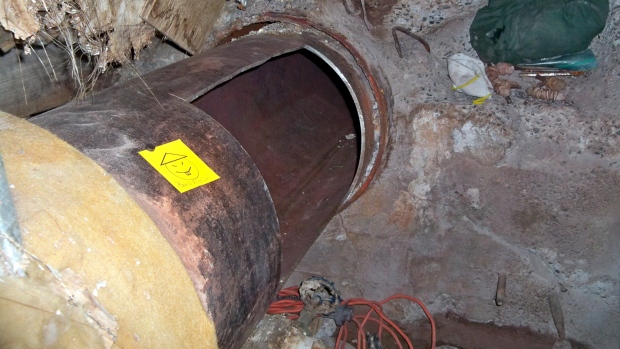 "These are killers. They are murderers," the governor said. "There's never been a question about the crimes they committed. They are now the loose, and our first order of business is apprehending them."

Authorities set up roadblocks and brought in bloodhounds and helicopters. Hundreds of law enforcement officers fanned out across the area around the prison, about 32 km south of the border between New York and Quebec, following up on dozens of tips.

But authorities acknowledged they did not have a good idea where the convicts could be. They may have crossed the border into Canada or headed to another state, Cuomo said.

"This is a crisis situation for the state," he said. "These are dangerous men capable of committing grave crimes again." 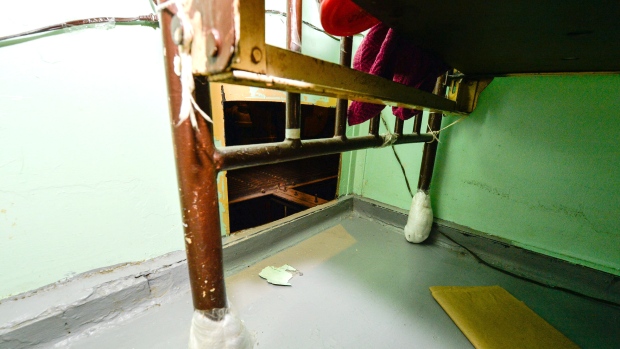 This photo the inside of the cell where a prisoner used power tools to escape a prison in Dannemora, NY (Darren McGee / New York State Governor's Office)

The escape prompted the Ontario Provincial Police to issue an internal alert to its officers.

Due to the close proximity of the prison to the Canadian border, officers are patrolling with "heightened vigilance," Sgt. Peter Leon, the force's provincial media relations co-ordinator said late Saturday.

However, Leon stressed that there was no indication the two fugitives had crossed the border into Ontario, or were even headed that way. He said the primary purpose of the alert was to keep officers safe.

Provincial police in Quebec said Sunday they had not received any special alerts or instructions regarding the escaped inmates.

Prison officials found the inmates' beds inside the 150-year-old Clinton Correctional Facility stuffed with clothes on Saturday morning in an apparent attempt to fool guards making their rounds. On a cut steam pipe, the prisoners left a taunting note containing a crude Asian caricature and the words, "Have a nice day."

Officials said the inmates cut through the steel wall at the back of their cell, crawled down a catwalk, broke through a brick wall, cut their way into and out of a steam pipe, and then sliced through the chain and lock on a manhole cover outside the prison. 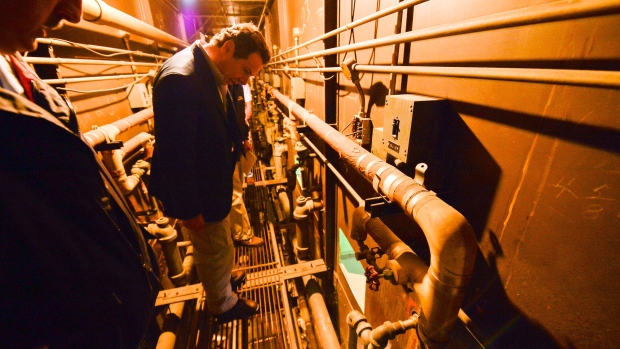 To escape, the inmates had to cut into a steam pipe then shimmy "some distance," Cuomo said, before cutting themselves out again. Their path brought to mind "The Shawshank Redemption," the 1994 adaptation of a Stephen King story about an inmate's carefully planned prison escape.

The men may have had assistance outside the prison, perhaps meeting up with someone who helped them leave the area, investigators said.

Cuomo said investigators were confident the men obtained the tools inside the prison. Acting Corrections Commissioner Anthony Annucci said an inventory of prison tools had so far shown none missing and he was in contact with contractors who were doing or had done work at the prison. 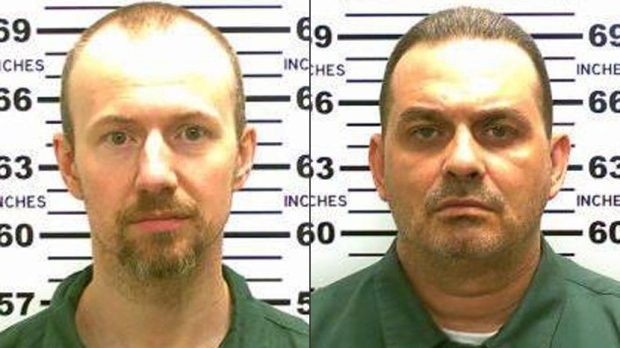 Steven Tarsia, brother of slain sheriff's Deputy Kevin Tarsia, said that finding out his brother's killer had escaped "turns your world upside-down all over again."

He said that just the other day, he found he couldn't remember the names of the men responsible for his brother's death.

"All of a sudden, I remember them again," he said.

Tarsia said he couldn't imagine how the men could have gotten power tools and escaped without help, but "I don't know why anybody would help them."