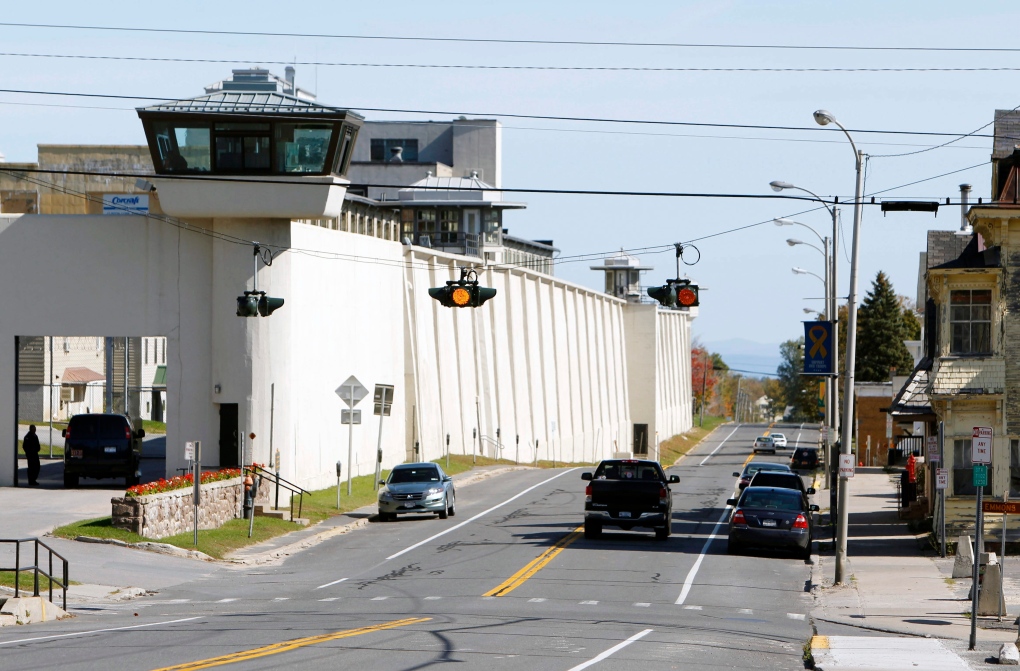 The Clinton Correctional Facility in Dannemora, N.Y. is shown in this file photo from Oct. 6, 2011. (AP / Mike Groll)

Police officers in the Greater Toronto Area are being warned about two convicted U.S. murderers who used power tools to escape a maximum-security prison near the Canadian border.

Richard Matt, 48, and David Sweat, 34, escaped from the Clinton Correctional Facility in Dannemora, New York. The prison is located approximately 32 kilometres from the Canadian border.

According to the acting state corrections commissioner, the two men's adjoining cells were discovered empty during a morning check. It is believed they escaped overnight Friday.

"A search revealed that here was a hole cut out of the back of the cell through which these inmates escaped," Anthony Annuci said on Saturday.

"They went onto a catwalk which is about six storeys high. We estimate they climbed down and had power tools and were able to get out of this facility through tunnels, cutting away at several spots."

The Ontario Provincial Police have since broadcasted a safety alert to officers in the GTA for the escaped convicts. Officials believe the two men may attempt to enter Canada through Ontario or Quebec.

Sweat, who is serving a life-sentence without parole, was convicted of first-degree murder for the 2002 killing of a Broome County sheriff's deputy. Matt is serving a sentence of 25 years to life for the 1997 kidnapping of a man who he beat to death.

He described their escape as an "elaborate plot."

Prison authorities say it is still unclear how the men acquired the power tools, but say they are checking to see if any are missing from contractors at the facility.

A massive manhunt of more than 200 officers from multiple agencies has been launched in an attempt to recapture the inmates. The search includes bloodhounds and aerial surveillance.

The prison break is the first escape from the Clinton prison since it was built in 1865.