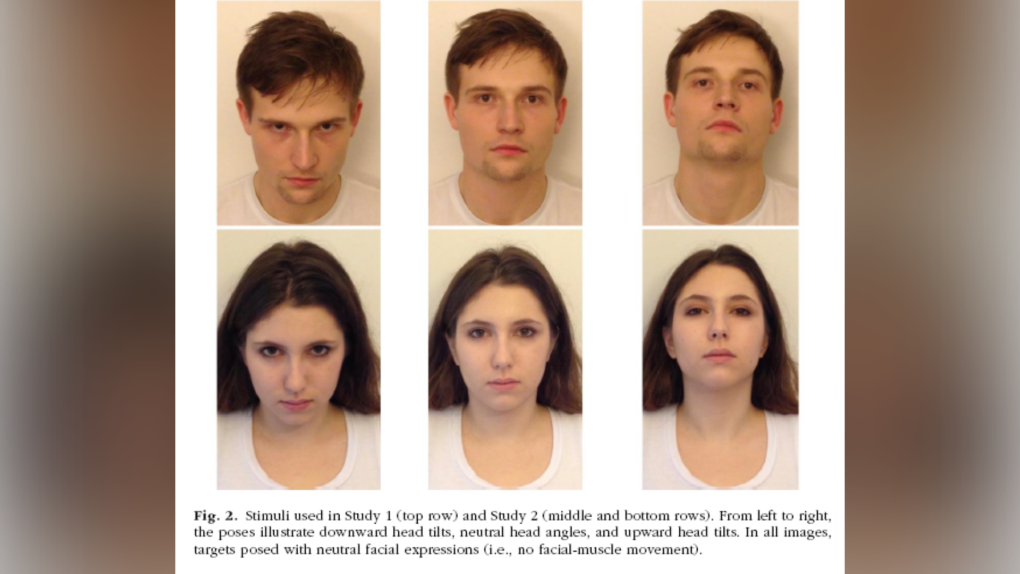 A new study by the University of British Columbia has found that facial expressions aren’t the only source of information for social and public perception – tilting your head down and lowering your chin by just 10 degrees makes you appear more dominant.

“We show that tilting one’s head downward systematically changes the way the face is perceived,” said researchers Zachary Witkower and Jessica Tracy in a press release. “A neutral face – a face with no muscle movement or facial expression – appears to be more dominant when the head is tilted down.”

The effect is achieved by the “artificial appearance of lowered and V-shaped eyebrows” which “elicit perceptions of aggression, intimidation and dominance.”

The participants would ‘judge the dominance’ of each avatar image by rating them using statements like “this person would enjoy having control over others,” the release said.

Results shows that study participants rated the avatars with a downward head tilt as more dominant than the other two positions.

A secondary online study had 570 participants rating images of actual people, and showed the same results.

Further tests revealed that they key to the dominant effect was due to the angle of the eyebrows, “in other words, tilting the head downward can have the same effect on social perceptions as does lowering one’s eyebrows.”

The researchers plan to investigate the head tilts influence on social perception as “people often display certain movements or expressions during their everyday interactions…our research suggests that we may also want to consider how [we] hold their head during these interactions,” said Witkower and Tracy.