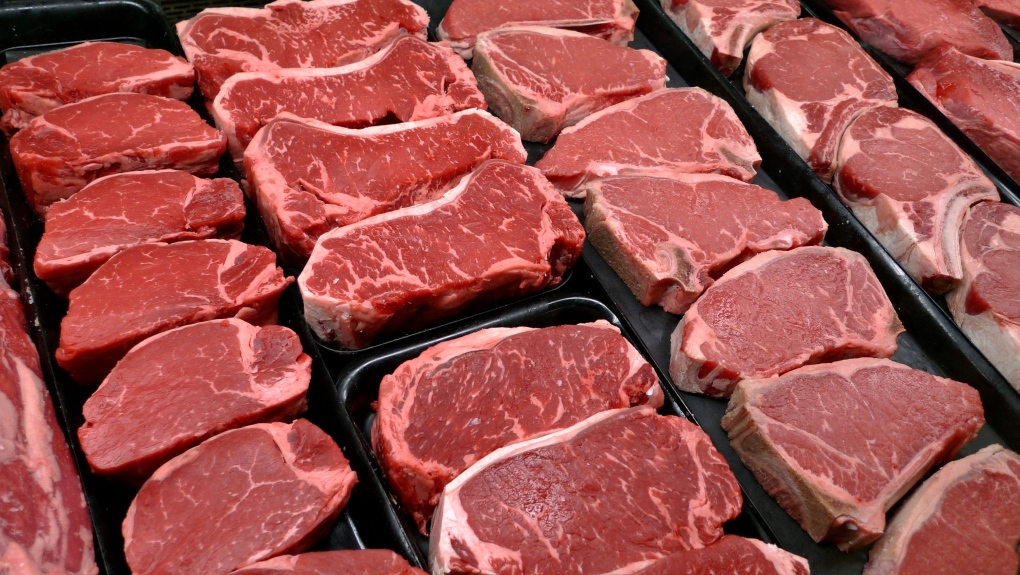 Steaks and other beef products are displayed for sale at a grocery store in McLean, Va. Jan. 18, 2010. (AP / J. Scott Applewhite)

A new large-scale U.S. study has found that increasing the amount of red meat in the diet, especially processed red meat, appears to be linked with an increased risk of death, while swapping it for plant-based alternatives may help lower the risk.

Led by researchers at Harvard T.H. Chan School of Public Health and published in the BMJ Thursday, the new study looked at data gathered from 53,553 U.S. registered female nurses, aged 30 to 55, and 27,916 U.S. male health professionals, aged 40 to 75, who were all free of cardiovascular disease and cancer at the start of the study.

Participants were asked to complete a food frequency questionnaire (FFQ) every four years, reporting on how often, on average, they had eaten various foods in the past year.

They were then divided into five categories based on their on their reported red meat intake.

After taking into account age and other influencing factors, the researchers found that increasing red meat consumption over an eight-year period was associated with a higher risk of death in the following eight years among both women and men.

The associations were also found across different age groups and appeared to be unaffected by levels of physical activity, diet quality, smoking status and alcohol intake.

However, reducing red meat intake, while also increasing intake of healthy protein sources, such as poultry without skin, eggs and fish, and whole grains and vegetables, appears to lower the risk of death over time. Swapping one serving of red meat per day for one serving of fish over the eight years was linked to a 17 per cent lower risk of death in the subsequent eight years.

As an observational study, the researchers point out that they cannot establish a cause and effect relationship, and there were some limitations to the study, such as studying mainly white registered health professionals rather than a more diverse group of participants.

However, the authors also add that the study's strengths include looking at a large number of people over a long follow-up period, and note that the findings provide "a practical message to the general public of how dynamic changes in red meat consumption is associated with health."

"A change in protein source or eating healthy plant based foods such as vegetables or whole grains can improve longevity," they conclude.