TORONTO -- Over a year into the global COVID-19 pandemic and the scale of waste from single-use personal protective equipment (PPE) is slowly being tallied as masks, gloves and face shields fill bodies of water and landfills.

One of the major contributors for PPE waste is hospitals, where strict health, safety and sanitation protocols mean doctors, nurses, techs and most support staff change PPE frequently, but one U.K. company is tackling the issue head on.

Based out of Cardiff in Wales, the Thermal Compaction Group (TCG) utilizes massive microwave-like machines that melt and compress used or faulty face masks, gowns and curtains – which are made of polypropylene – at 350 C to produce one metre rectangular blocks.

The blocks of polypropylene can then be re-engineered into items like chairs, garbage bins and bottle caps. While hospitals are the biggest users of polypropylene, the TCG website states its machines are compatible for use in the shipping, construction and military industries.

“We melt the masks, we melt the plastic… and it forms the blocks you see,” said TCG’s environmental director Matthew Rapson in an interview with CTV News.

“We can turn them into picture frames, coat hangers, electrical fence post - anything where the core material is plastic” said Thomas Davison-Sebry, director of TCG. “The pandemic has really highlighted the need for face masks, but also created a massive amount of waste.”

So far, five hospitals in the U.K.’s National Health Service (NHS) have a TCG machine on site, and the company estimates that their Sterimelt machine, which they have configured to include face masks, reduces the volume of single-use wraps and drapes by up to 85 per cent.

“Everybody thinks that plastic is the problem, but it’s not. Plastic is a great product and the infrastructure needs to be there to recover and reuse it,” said Rapson. 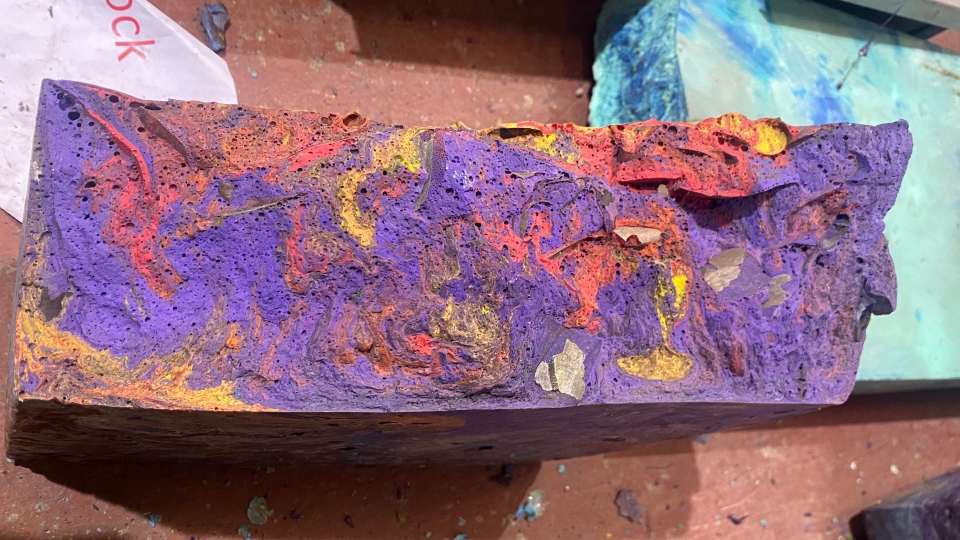 Polypropylene products can take decades to decompose in landfills, and many countries – the U.S. and Canada included – do not handle all of their recycling and waste domestically, instead shipping tonnes of waste overseas.

“We shouldn’t have these waste mountains blowing up all over the world,” Davison-Sebry said, adding that he hopes TCG’s technology will make its way into people’s homes as filament for 3D printers.

“They’ll make their own cups, their own cutlery, just by printing from their plastic waste.”

A March 2021 study by the University of Southern Denmark found the scale of waste is even higher – their analysis estimated that 65 billion gloves and 129 billion face masks are used every month. This translates into three million masks used per minute, according to the study. 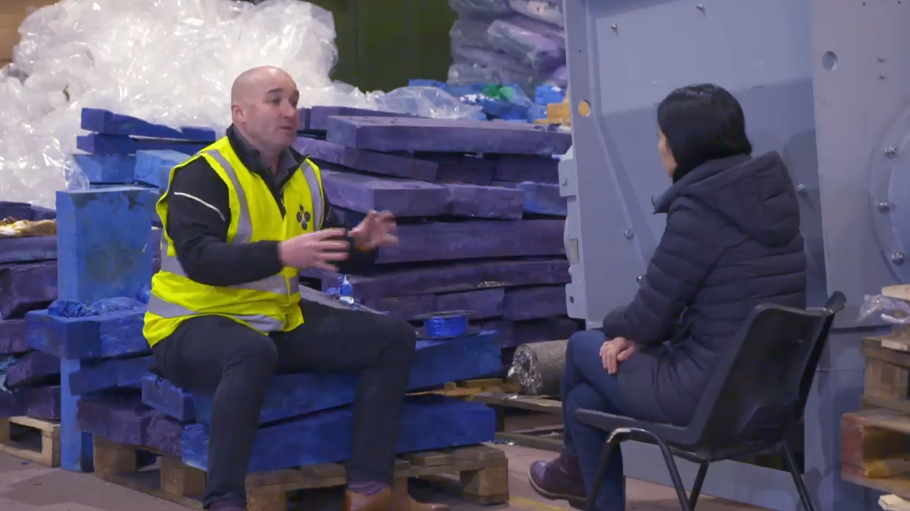 A bag full of used face masks that would take 450 years to disintegrate in a landfill can be dumped in a machine and come out, one hour later, as a sterilized block of plastic? I couldn’t believe it. In fact, staff at Thermal Compaction Group in Cardiff also can’t believe they’re the first in the world to come up with a technology that has the potential to convert so much waste into something of value.

A closer look at the blocks piled up on the floor like pieces of a Jenga puzzle, and you could be forgiven for thinking these were made by an artist. Imagine mixing blue, white and yellow paint into a tray, swirling the colours around, and the result at times resembles ocean-themed art. But this isn’t paint of course, they’re simply hospital curtains, wraps and personal protective equipment that come in various colours. Staff have spent endless nights, sometimes until 3 or 4 a.m., trying to master the recipe by counting the masks by hand and by playing around with the temperature. 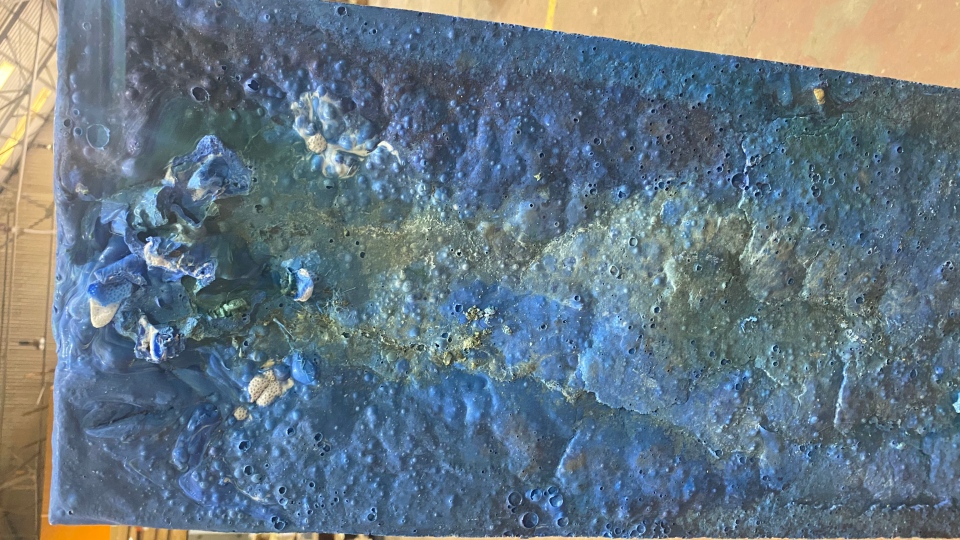 Right now, the blocks are sold to companies that want to repurpose the plastic. The director, Thomas Davison-Sebry, has a dream. He wants the blocks to be converted into filament that can be used for 3D printing so people in their own homes can make, for example, their own cups and cutlery. In other words, printing from plastic waste.

The next item they want to be able to throw in the machine, along with the face masks, are used COVID-19 tests. How many have been used so far around the world?

“We are very confident that the testing stage we’re at the moment indicates we have a successful solution for that,” said their environmental director, Mathew Rapson.

From those blue face masks to a blue block with what looks like white waves. Discarded trash transformed into potential decor. A coffee table, perhaps?