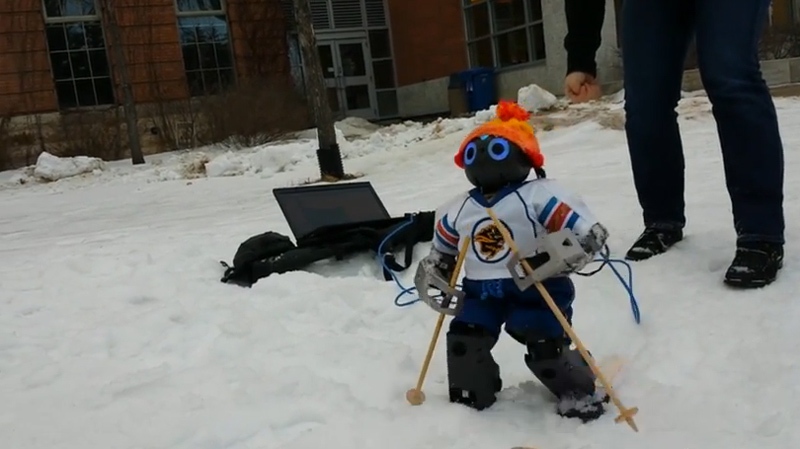 Jennifer, the first hockey-playing robot, cross-country skis at the University of Manitoba in this image taken from YouTube video. (YouTube)

A hockey-playing robot is now a two-sport threat, after her inventors at the University of Manitoba taught her how to ski.

Students at the university’s Autonomous Agents Laboratory won an award for their doll-sized robot back in 2012. At the time, Jennifer, as the ‘bot is called, could skate and play hockey.

Now, new video posted to YouTube shows Jennifer on skis as part of the school’s entry to this year’s DARwIn-OP Humanoid Application Challenge.

And don’t think the lack of mountains in Manitoba has stopped Jennifer. Not only can she glide her way along on cross-country skis, she can even snow-plow down whatever local inclines she can find.

Jennifer, who still wears a hockey jersey and helmet even when on skis, is named after Jennifer Botterill, a member of Canada’s gold-medal winning women’s hockey team.

She will show off her skills against other robots in Seattle in May.