China's Internet giants getting around betting laws for World Cup 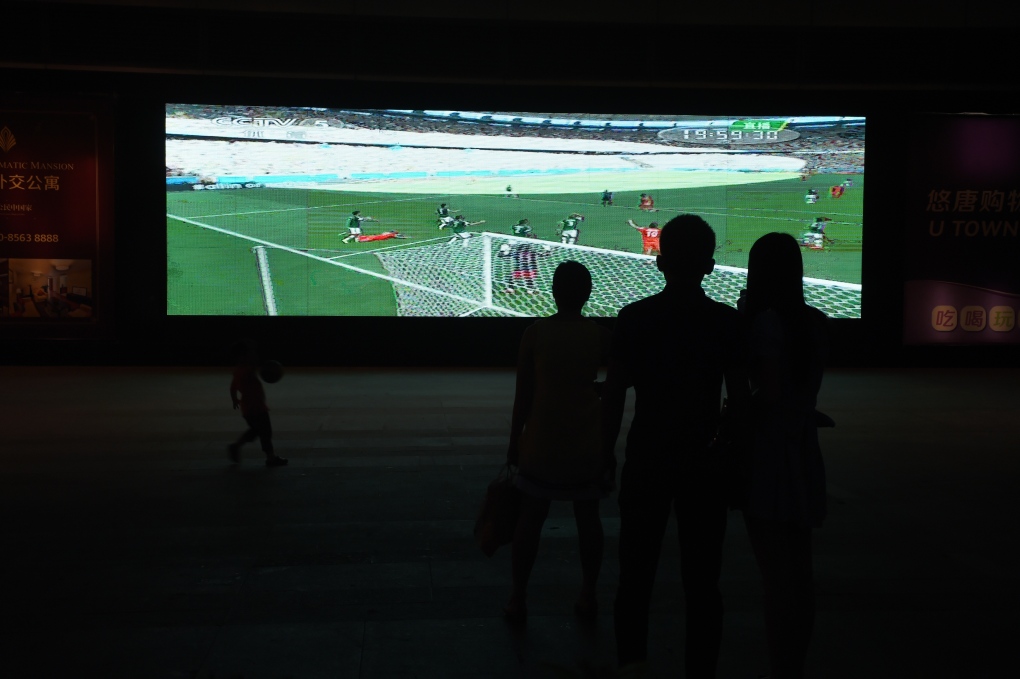 (BEIJING-AFP) - China's Internet giants and insurance companies are finding ever more innovative ways to get around the country's strict betting laws and reap a payout as fans wager billions on the World Cup.

Gambling is banned in China, except where it is run by the government or the proceeds donated to charity, but technology behemoths Alibaba and Tencent have this year linked up with state-owned provincial lotteries to enable punters to bet on the World Cup online.

Both have smartphone gambling apps which have proved hugely popular during the Brazil tournament, and on which more than 10 billion yuan ($1.6 billion) is expected to be bet legally -- dwarfing the 2.3 billion yuan figure reached at the 2010 finals in South Africa. Many times more will be spent illegally.

"I find it so much easier to bet on an app, rather than having to go to a lottery centre," said Li Qiang, from Shanghai, who said he won 200 yuan when Uruguay beat Italy in the group stage.

"I love the World Cup, but being Chinese, we have little way to get involved other than to bet," he said, lamenting the poor performances of the national team, who are ranked 103rd by FIFA.

Neither Tencent nor Alibaba have gambling licences, but earn revenue by acting as online platforms for provincial lotteries which offer odds betting on most aspects of the game.

On Thursday, an advertisement on Taobao priced Brazil as favourites to win the tournament at 2.3/1, less generous than the 2.75/1 generally available from British bookmakers.

More than 500 million people in China access the Internet via their smartphones, according to the state-run China Internet Network Information Center.

"The law is quite strict in China, but gaming opportunities are very accessible to anyone who has a smartphone," Huang Guihai, associate professor at the Gaming Teaching and Research Centre at the Macao Polytechnic Institute, told AFP.

Insurance firms, though, have found their attempts to do World Cup business meeting official disapproval.

An Cheng Insurance offered a "heartbreak" policy offering fans Taobao credit if their team was eliminated, to "alleviate the mental shock" -- effectively enabling customers to try to profit from teams going out of the contest.

Regulators stepped in last week to issue an urgent notice that "insurance products with gaming character should be suspended", the official news agency Xinhua said.

"Some insurance companies have pulled related World Cup regret insurances from the shelves," it added.

Most Chinese sports betting, though, takes place via outlawed websites, where odds are more attractive and credit offered.

Research by sports newspaper Titan Weekly estimated an astonishing 500 billion yuan was spent on legal and illegal online gambling during the 2006 tournament in Germany - roughly two percent of China's GDP.

"The issue of illegal gambling is particularly serious during the World Cup," said Wang Xuehong, head of the Lottery Research Institute at Peking University.

Given the scale of the demand, official restrictions on betting created opportunities for illegal operators, she said. "It is difficult to carry out measures to deal with it, and it is difficult to supervise Internet activities."

The sums and networks involved are vast.

The Doha-based watchdog International Centre for Sport Security (ICSS) warned in a May report that Asian-dominated criminal groups are laundering more than $140 billion in illegal sports betting annually, with many gamblers coming from China.

Laurent Vidal, chair of the joint Sorbonne-ICSS research programme that produced the report, said previously: "The Chinese are not interested in local sport any more, that is why they bet on European sport."

In May, police in Shanghai detained 63 people for being involved in an illegal online gambling operation that was alleged to have handled more than 113 billion yuan.

Police in the southern province of Guangdong busted 1,651 criminal gambling cases in the months leading up to the World Cup, detaining 58,154 suspects in raids across the province, police said.

For the losers, though, the consequences can be fatal.

A college student in Guangdong leaped to his death after losing more than $3,000 gambling on the World Cup, state media reported last week, adding that moments earlier, the student was heard telling a telephone caller he would "return the money".

A 32-year-old woman on the southern island of Hainan also reportedly committed suicide after losing more than $16,000.

"There should be awareness training to let the public know of the potential risk of gambling becoming addictive," said Huang, of the Macao Polytechnic Institute.

"With gambling, the rules favour the casinos, favour the lottery agencies. They provide this entertainment service for profit."