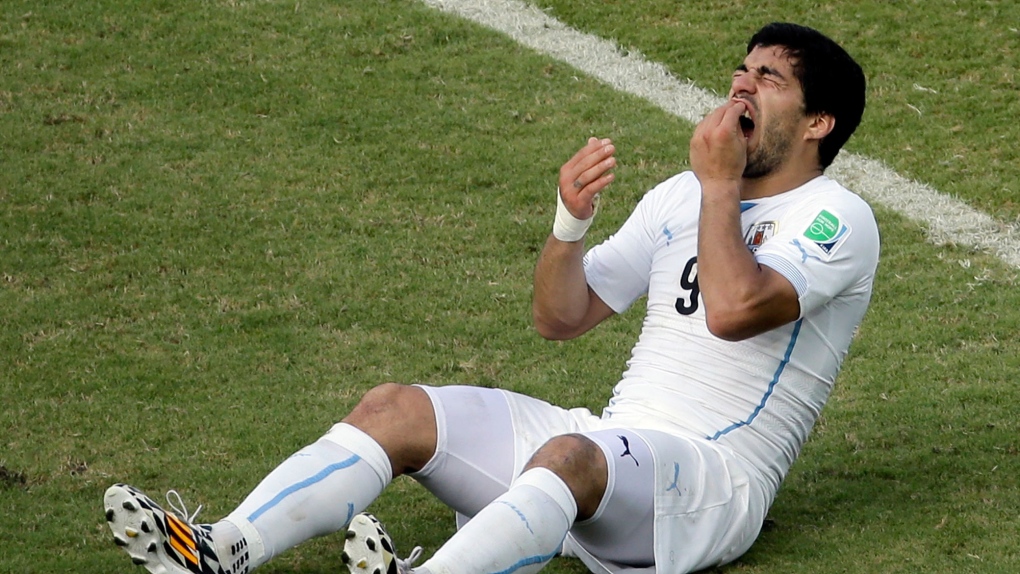 More than 150 people across Europe put money down that he would do it again during the World Cup, and raked in winnings 175-fold, a Swedish gambling company said on Wednesday.

The biggest win went to a punter in Norway whose bonanza amounted to 2,000 euros ($2,700), while someone else in that Scandinavian country took home $916, Betsson group spokesman Mikael Mellqvist said.

In Sweden, Mats Johansson posted his betting ticket on Twitter and thanked Suarez for the 1,750 kronor ($260) he got after putting up 10 Swedish kronor.

The company received bets on a Suarez bite amounting to "six figures in Norwegian kroner," Mellqvist told The Associated Press. "We have people from all of Europe playing but mainly in Scandinavia."

Norwegian media identified one of the winners as Thomas Syversen, who reportedly was asleep during the Uruguay-Italy game on Tuesday when Suarez allegedly bit Italian defender Giorgio Chiellini on the left shoulder.