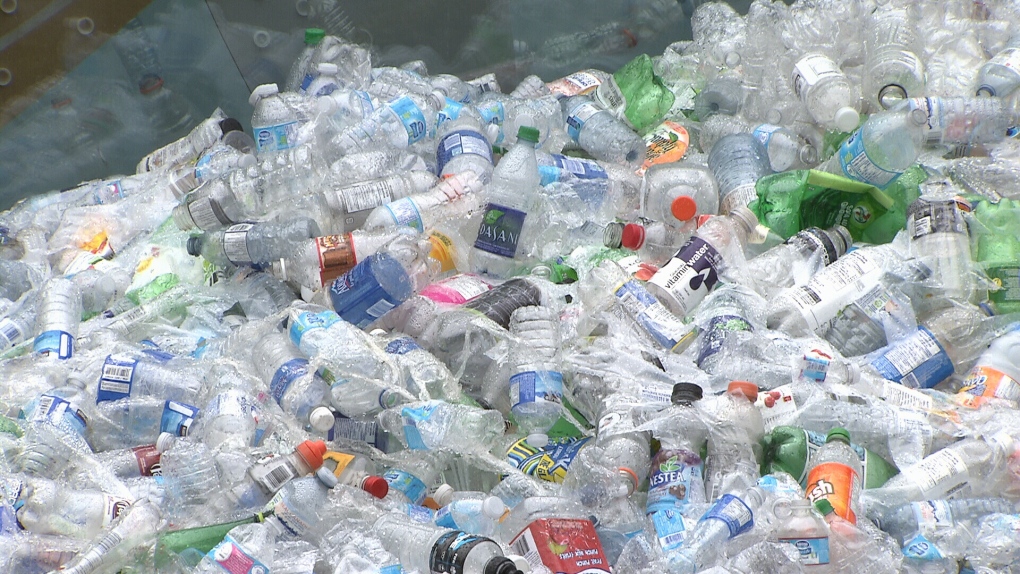 A giant wave created with 37,000 empty water bottles has been set up outside the Vancouver Aquarium to show how many bottles would be typically sold at its café in a three month period.

OTTAWA - The federal government is reducing but not banning outright the use of single-use plastics at the G7 summit this week in Quebec.

Thousands of politicians, staffers, security officers, special interest groups and journalists are descending on Quebec City and Charlevoix, Que., for the G7 - the first time Canada has hosted the annual meeting since 2010 - and they all need to be fed, watered and housed for several days.

Prime Minister Justin Trudeau wants the other leaders to sign on to a zero-waste plastics charter, setting international deadlines for eliminating plastic waste and committing to helping the developing world meet similar deadlines.

She said plastics will be reduced as much as possible on the various sites associated with the summit, including the host hotel where the meetings will take place and the media centre in Quebec City. There is a priority on using reusable dishes when possible and any disposable containers or cutlery will be compostable. Single-use plastic water bottles will largely be replaced with reusable ones or boxed Tetra Paks and plastic stir straws are being replaced with bamboo versions. Promotional swag for delegates and journalists include environmentally sustainable products, Seguin added.

The contract with the hotel ensures coffee pods at the hotel will be recycled, and a waste audit will be performed to sort, collect and recycle plastics.

Given Canada's push for plastic pollution to be curbed, Farrah Khan, campaigner for plastics and the Arctic with Greenpeace Canada, said the G7 could have made an obvious choice not to allow single-use plastics on site at all.

"It would have been great to hear that for the G7 summit, under Canada's presidency, the organizers and heads of state involved were showing leadership by avoiding all single-use plastics and other single-use disposable items at the meeting venues," she said.

Khan said the plastic pollution crisis "has hit an epidemic level" and Canada already produces more garbage per capita than any other developed country.

"It's time we took this issue seriously," said Khan. "The oceans can't wait."

An estimated 480 billion plastic water bottles are purchased around the world each year and as many as one trillion plastic bags. Fewer than one-tenth of them are recycled.

While many developed countries end up with most of this plastic garbage in landfills, in countries with less sophisticated waste management systems, plastic garbage litters streets, is sucked into rivers and is carried out to sea. Somewhere between six and 10 million tonnes of plastic ends up in the ocean each year, killing fish and other marine life who mistake it for food or get trapped in it and can't breathe. In Thailand this week, a whale died and an autopsy found eight kilograms of plastic bags in its stomach.

Trudeau's plastics charter isn't about banning plastics entirely but about making them in smarter ways so every plastic item can either be recycled or reused and developing systems to ensure that happens.

Canada has been criticized heavily for lacking a national strategy on plastics going into this meeting.

The United Nations on Tuesday released a report on plastic pollution to coincide with World Environment Day. It listed 50 different countries that are taking national action on plastics and Styrofoam. Canada is not on the list.

Four Canadian municipalities have individually taken action, including the small town of Leaf Rapids, Man., which in 2007 became the first city or town in North America to ban plastic bags.

Trump talks tough ahead of G7 meetings in Canada