OTTAWA -- "Hi, I'm Andrew," the leader of the Conservative Party's most recent campaign ad begins. It's an introduction of Andrew Scheer to the Canadian public after taking the helm of the Official Opposition in May.

Scheer has been viewed as a relatively unknown political figure, despite having been the Speaker of the House of Commons during the last government, and a federal MP for 13 years.

It was this year that Canadians wanted to get to know him, or started to wonder who he was, according to Google’s Year in Search results for 2017.

The results were informed by Google Trends and analysis of Canadian online searches through 2017.

Andrew Scheer was the top trending political figure in Canada. The top trending category looks at the searches that had the highest spike in traffic over a sustained period in 2017 as compared to the year before.

The results of searches up to Dec. 4 show that in both political categories, Canadians showed curiosity about new faces on the political scene, and had questions about what was happening with our American neighbours.

1. Conservative Leader Andrew Scheer: Scheer and the election of NDP Leader Jagmeet Singh were both "seismic moments in federal politics," said Google Canada’s Year in Search spokesperson Alexandra Hunnings Klein. Since becoming the Official Opposition leader, Scheer has faced off against Prime Minister Justin Trudeau in the House of Commons on a number of issues, and personally called for Finance Minister Bill Morneau to resign. Among the Scheer searches? Questions about how many kids he has.

2. NDP Leader Jagmeet Singh: Singh came on to the federal scene after winning the NDP leadership race in October. He was the second top trending political figure searched in Canada in 2017. Prior to his win, he was an Ontario MPP. Singh started 2017 with a feature in QP magazine that called him "the Incredibly well-dressed rising star in Canadian politics," and he ended the year on a cross-Canada tour hoping to build NDP support in his new role. 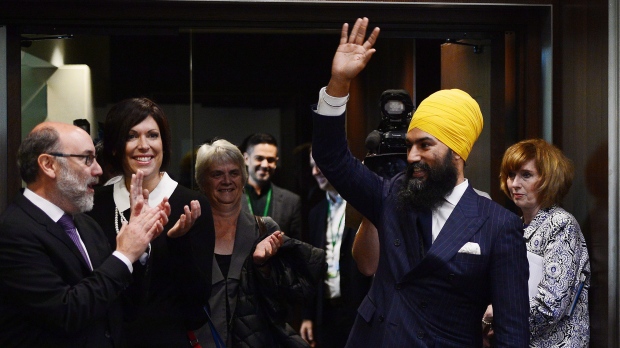 3. Governor General Julie Payette: Payette started trending in Canada after Trudeau announced he was appointing the former astronaut to the role in July. Google saw a 100-per-cent spike in searches for Julie Payette, spiking between July 9 and July 15. As well, she had smaller spikes between Oct. 1 and Oct. 7 when she was sworn-in.

4. Montreal Mayor Valérie Plante: Plante was elected mayor of Montreal in a huge upset, ousting Denis Coderre. Her November victory was historic, making her the first woman to hold the job. By the morning after her stunning win, Canadians across the country were talking about her ascension. 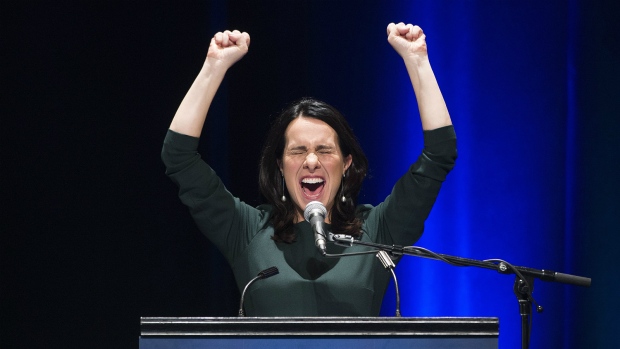 5. Former B.C. Premier Christy Clark: On the opposite side of the electoral spectrum, Clark was the fifth top trending political figure in Canada in 2017. She resigned as leader of the British Columbia Liberals a month after her government lost a confidence vote after a disappointing showing in the provincial election and an attempt to hold on to power.

Missing from the list for the first time since coming to power? Prime Minister Justin Trudeau. He made the list in both 2015 and 2016.

1. U.S. President Donald Trump: For the second year in a row, Trump took the top spot on people’s search bars. From calling Kim Jong Un “little rocket man” and numerous questionable tweets, to members of his top staff resigning or getting fired, with others under investigation from the FBI, there was hardly a dull moment south of the border in 2017. 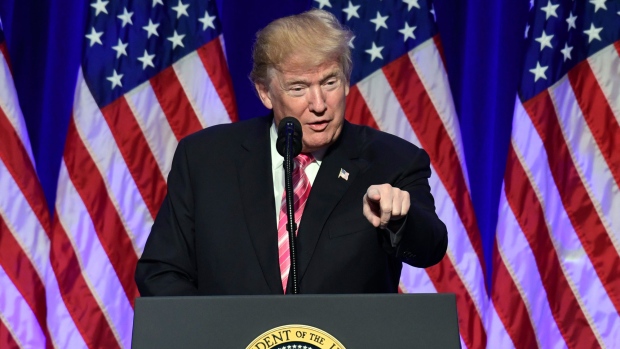 2. North Korea: Related to the top trending political story, the continually escalating war of words between Donald Trump and Kim Jong Un seized much attention this year. The tension is real: North Korea continues to test intercontinental ballistic missiles that are capable of reaching new distances.

3. British Columbia Election: The spring 2017 provincial election came with its fair share of electoral drama. The B.C. Liberal Party lost its foothold on a majority government, cinching a one-seat minority. The NDP and Greens then joined forces and defeated the Liberals in a confidence vote, catapulting NDP Leader John Horgan to the premiership.

4. Charlottesville: Rallies in Charlottesville, Va. Over the removal of a confederate monument turned ugly and violent when a man drove a car into a crowd of counter-protesters, killing a young woman, Heather Heyer. The clash sparked intense debate about the ongoing racial tension in America and beyond.

5. Omar Khadr: Khadr made headlines in 2017 after it was reported he would be receiving a $10.5 million payout from the federal government for what he endured while detained in Guantanamo Bay. Conservative politicians quickly went on the attack, both in the House of Commons, and with a U.S. media tour in which they decried the settlement.

6. Kathy Griffin: Griffin faced considerable backlash this summer for a video that showed her holding up a severed, bloody head in the likeness of Trump. She later apologized and the video was removed, though she has since retracted that apology.

7. Catalonia: The regional Parliament voted to become independent from Spain. Campaigning has started for the Dec. 21 elections where those who oppose seceding Spain are running against pro-independence candidates, some of whom are in jail.

8. U.K. election: The election in which British Prime Minister Theresa May narrowly held on to her job. The election was called in response to the Brexit vote, and her government was reduced to a minority. 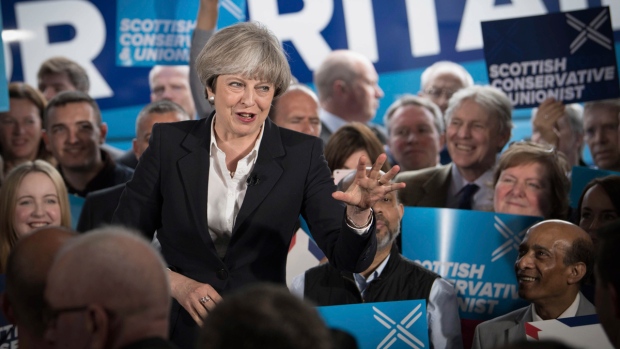 9. DACA: The Deferred Action for Childhood Arrivals program made headlines in 2017 after Trump announced he intends to dismantle it, potentially impacting 800,000 young immigrants.

10. LCBO strike: The news that ended up not happening. Ahead of the Canada Day long weekend, the threat of a strike had people concerned at the prospect of Ontario’s LCBO staff being on the picket line come Canada’s 150th. An agreement was reached just days before, averting the strike.