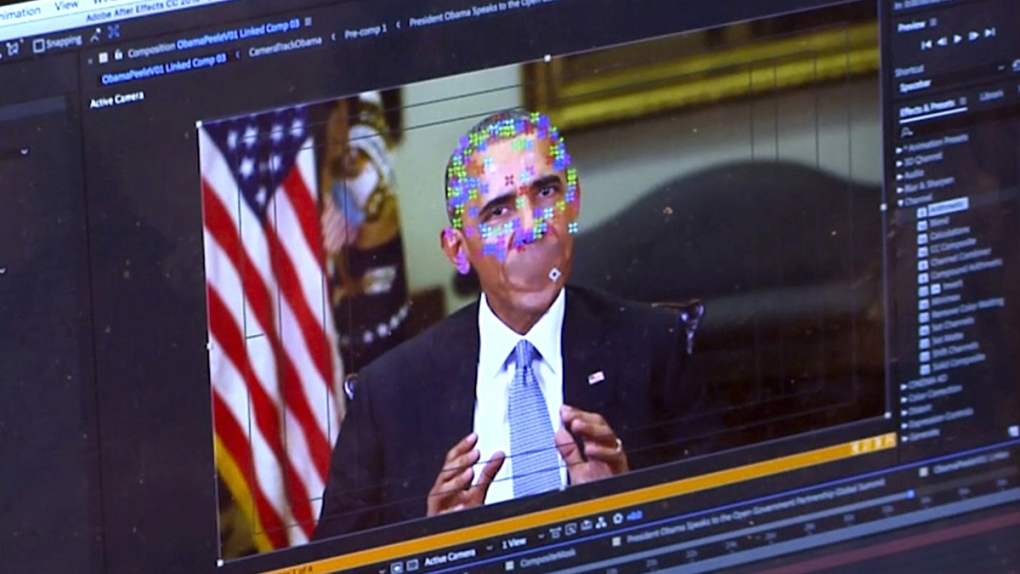 OTTAWA – The potential use of deepfake videos and third-parties’ compliance with the new rules for this campaign are among the top concerns for Canada’s Commissioner of Elections as the fall vote approaches.

In an interview with CTVNews.ca, Yves Cote, the independent officer in charge of enforcing federal elections law, shared the areas he’s keeping an eye on as the campaign nears.

Deepfakes are videos or audio clips created by using an artificial intelligence algorithm to make it look like a person is saying or doing something that they have never said or done, by swapping one face for another or by allowing someone's motions and voice to be mapped onto another person.

The technology to generate these deepfakes continues to become more sophisticated, and much more easier to access.

“We've seen it in the U.S. and other countries. And the extent to which some bad players might decide to use it here in Canada, is an issue, is a matter of concern. So we'll see how that plays out,” Cote said.

It’s possible these videos if they surface during the campaign, will be considered a breach of federal elections law, depending on the content and subject matter. There are certain provisions that are aimed at publishing or distributing false information, as well as attempting “by any pretence or contrivance” to influence someone to vote for, or refrain from voting for a particular party, or candidate.

Cote said that the third-party changes are more structured than ever before and he’s waiting to see whether all advocacy groups and organizations it applies to are aware of the new regime, or whether it’ll be an area his office will be more regularly stepping in to force compliance.

“This is not really a concern so much as a question mark, in terms of how that will work and the extent to which third parties will be able, and will choose to comply with the new regime,” Cote said.

The changes for third-parties — groups that are not registered political parties but want to push an issue or get a message out during an election — include having to file interim disclosure forms about what activities they’re conducting. Any entity that will spend more than $500 on political activities have to register with Elections Canada.

Third-parties containing their activity to a single riding have a limit of $10,000 during the pre-election period, and $5,000 once the writ drops. As well, during the election, partisan or issue advertisements conducted by either political parties or third-parties have to have an identifying tagline.

An element to both the third party actions and potential deepfake videos is the prospect of foreign involvement. Cote said that his central concern about other countries potentially meddling in the election is that foreign interference can be difficult to investigate and find where it is coming from.

“The question is, for us as an investigative body, the issues that would come up in terms of how you investigate these things and talk about foreign interference and deep fakes in particular, is how you get to the source of the issue? … And to the extent that the source is foreign, then all kinds of issues come up in terms of proceeding with your investigation, getting to the facts, and then taking action, if any action can be taken,” Cote said, citing Russia and China as examples of countries that may be less inclined to cooperate in an investigation.

Of note, these new rules about ad spending don’t apply to texts, emails, news content, posts on party websites, or “user-generated content posted for free on social media.” This has been flagged as a potential loophole as it leaves unregulated a variety of new ways political parties and other actors use to communicate with voters.

In an effort to prepare for online disinformation, the commissioner’s office has increased its capacity to investigate the origins of online posts, and has reached out to social media platforms to ask them to both remove and preserve any content that may be evidence.

Under Bill C-76, the commissioner was given new compliance powers for when parties, candidates, and social media platforms fall short on their responsibilities to play fair and follow the law.

Specifically, the legislation now allows Cote’s office to impose administrative monetary penalties (AMPs) for breaking certain parts of federal elections law. The maximum for these is $1,500 for an individual and $5,000 for a corporation, and are meant to push offenders into compliance quickly.

The commissioner is also able to negotiate compliance agreements with a range of terms and conditions in cases that otherwise may have progressed to the courts, often taking years to resolve. Compliance agreements can include paying an agreed upon amount, admitting responsibility, and forcing the adoption of new internal ethics policies, for example.

These new forms of monetary penalties will apply in various cases of noncompliance, including for social media companies subject to the now-in-effect digital ad registry. New to this campaign: online platforms are required to create a registry of all digital advertising published and paid for by third parties and political parties, as well as nominated and prospective candidates during the pre-writ and writ periods. Not complying could result in thousands of dollars in fines or charges.

“With the AMPs and the new compliance agreements, I think we'll be able to resolve issues more quickly, much more quickly and much more usefully then we could before,” Cote said.

Aside from the responsibilities parties, candidates, and social media platforms have, Cote is also calling on Canadians to think critically about what they are seeing online now, and during the campaign.

“Canadians are understandably concerned about what might transpire during the upcoming election. And while we certainly have a role to play in ensuring the integrity of the process… We encourage Canadians to continue to report issues to us when they arise. But they should also look at things with a critical eye and not accept at face value everything they see or read,” he said.

“Recognizing that we all have a role to play is, I think, essential to maintaining the health of our electoral process and of our democracy.”

On Thursday, Prime Minister Justin Trudeau also put new emphasis on the role that Canadians will play in ensuring the election and democracy is safeguarded.

“The only ultimate safeguard is citizens themselves, citizens who are informed and thoughtful, ambitious, and positive and understanding that regardless of the challenges we face, we will always be able to overcome them if we lean on each other and work together,” said Trudeau.

“If every step of the way we expect Canadians and electors in general to be at their best, they will rarely let themselves down.”

Trudeau made these comments to reporters alongside European Council President Donald Tusk in Montreal. He said that people looking to amplify fears and sow division is not a new element in Canadian campaigns.