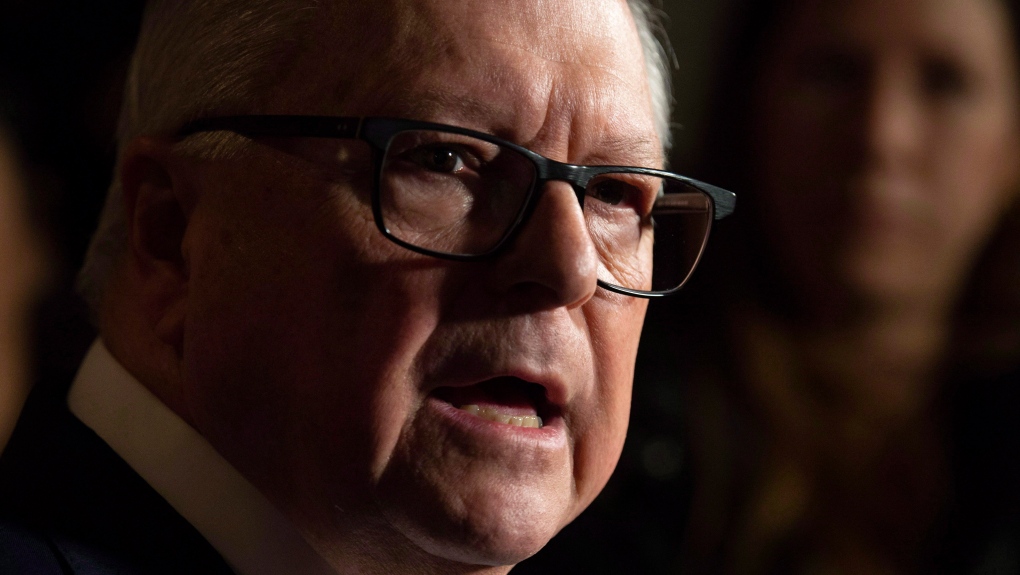 Public Safety and Emergency Preparedness Minister Ralph Goodale speaks with the media in the foyer of the House of Commons in Ottawa, Tuesday December 11, 2018. THE CANADIAN PRESS/Adrian Wyld

A person considered a "national security concern" was granted permanent residency in Canada in error, a move the federal public safety minister has condemned as "entirely unacceptable."

According to a copy of a briefing note addressed to Public Safety Minister Ralph Goodale from Canada Border Services Agency President John Ossowski, it was a "series of failures" that led this unnamed person to be granted permanent residency in Canada despite being considered a concern to national security.

A copy of the 2018 briefing note was provided to CTV News by Goodale's office, and first released through access to information laws.

Being granted permanent residency means someone from another country has been given permission to live in Canada, but is not a Canadian citizen. Permanent residents pay taxes and can receive social benefits like health coverage, can work and study anywhere in Canada, and can apply for citizenship.

People with this status have to apply to renew their permanent resident card every five years, and their status can be revoked at any time on security grounds or for misrepresenting themselves.

"While we do not comment on operational matters related to security, we can say that the Government of Canada monitors all potential threats and has robust measures in place to address them," Goodale's office said in a statement to CTV News. "This incident was entirely unacceptable. Changes have since been put forward to address the matter."

The briefing note -- which is peppered with redacted sections -- was an update on what CBSA had done in response to 2017 briefing notes regarding a "subject of national security concern" being granted permanent residency.

Details about how exactly this person was granted permanent residency and why they were considered a national security concern were not disclosed in the public release of this briefing note, out of concerns for the defence of Canada, how the information may impact international affairs, and because that information could be injurious to the enforcement of Canadian law.

In the briefing note, Ossowski states that "vulnerabilities" were identified through an internal review of this case and goes on to detail the "action plan" to prevent future incidents of this nature.

It also states that Immigration, Refugees and Citizenship Canada has taken steps to address their shortcomings regarding this case, and that CSIS remains the lead on the national security investigation related to this individual, which the RCMP is also involved in.

Among the "corrective measures" that the CBSA has undertaken as a result: changes to overseas processing; updates to the procedures for CBSA officers; and, a partially-redacted change that has to do with CSIS and the timely sharing of "derogatory information," which the note states was available in regards to this person.

The federal Conservatives are now calling for a review of Canada's security screening processes for foreigners entering the country.

Referencing this case, immigration critic Michelle Rempel highlighted the "series of screening failures within the immigration system," in calling for both the House of Commons Citizenship and Immigration Committee, and Public Safety and National Security Committee to undertake a joint study of how to strengthen these processes.

"Canadians are rightly concerned that there could be more cases like these where dangerous individuals are allowed freely into the country," Rempel said in a statement. "Canadians must have confidence that their safety is being protected."