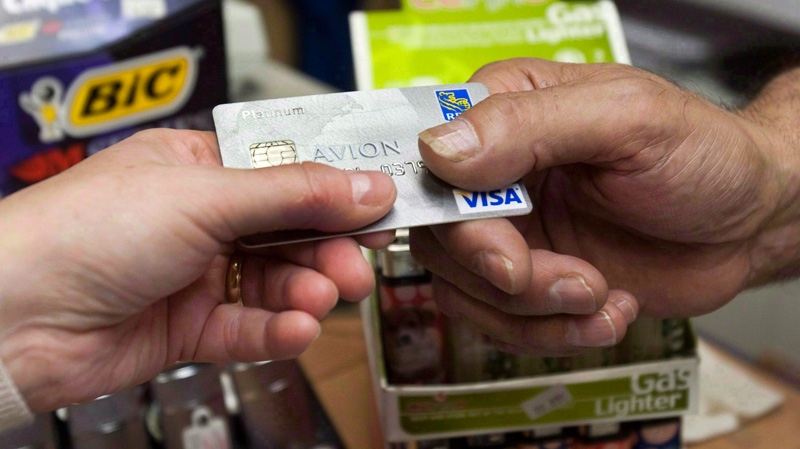 A consumer pays with a credit card at a store in Montreal on July 6, 2010. (Ryan Remiorz / THE CANADIAN PRESS)

OTTAWA -- The federal New Democrats are calling on the Liberal government to lower and cap the fees credit card companies collect from small businesses.

Last summer, Ottawa announced voluntary, five-year deals with Visa and MasterCard to trim the fees to an average annual effective rate of 1.4 per cent -- down from 1.5 per cent -- and narrow the gap between the highest and lowest rates they charge retailers.

In making the announcement, Finance Minister Bill Morneau said he expected the changes will provide a boost to small- and medium-sized firms by saving them a total of $250 million in credit card fees per year.

But the NDP says the Liberals' agreements are not good enough because they offer no certainty for retailers and favour big business by keeping rates too high at 1.4 per cent.

The NDP says smaller businesses are particularly vulnerable to credit card fees, which force them to make up for the lost revenue by passing on the extra costs to consumers.

The opposition party is calling for Ottawa to implement a maximum cap of one per cent on credit card fees for small- and medium-sized firms as a way to free up cash that they could use to invest into their operations, raise wages and increase hiring.