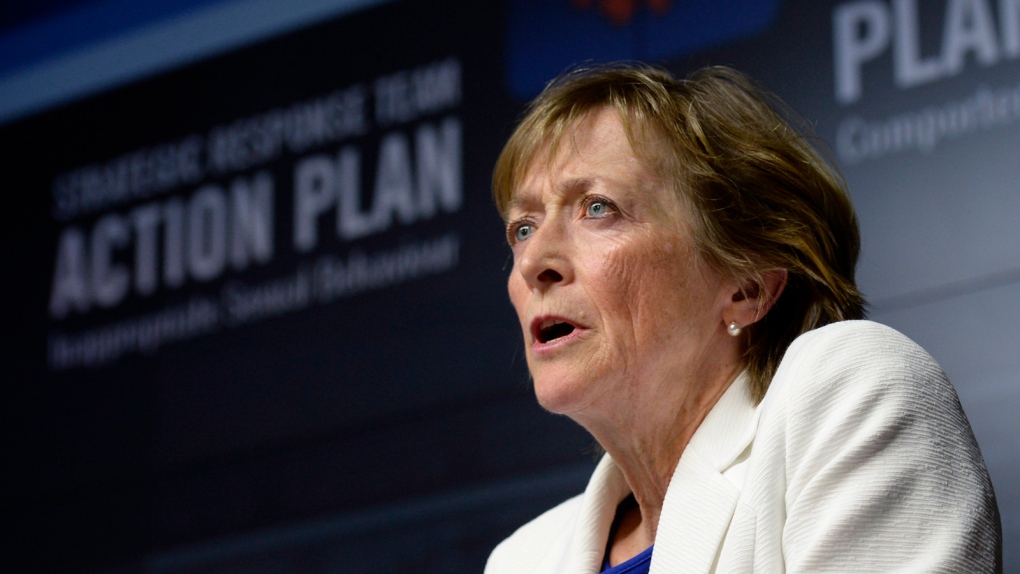 Marie Deschamps, a former Supreme Court justice and author of an inquiry into sexual misconduct in the Canadian Forces, speaks at a news conference in Ottawa on Thursday, April 30, 2015. (Adrian Wyld / THE CANADIAN PRESS)

An external review of sexual misconduct and sexual harassment in the Canadian Forces was publicly released Thursday.

The findings of the external inquiry, led by former Supreme Court justice Marie Deschamps, found that Canadian Forces soldiers face a hostile environment within their own ranks, particularly female and LGTBQ members.

The 100-page report is based off of hundreds of interviews with members of the Canadian Forces, from all ranks and divisions.

Here are some of the key findings from the external review:

The report concludes by calling for broad policy changes in the CAF to address the problem of sexual harassment and sexual assault.

In response to the report, the military released an "action plan" to address sexual misconduct. The action plan includes a strategic response team that will be appointed with dealing with the problem.