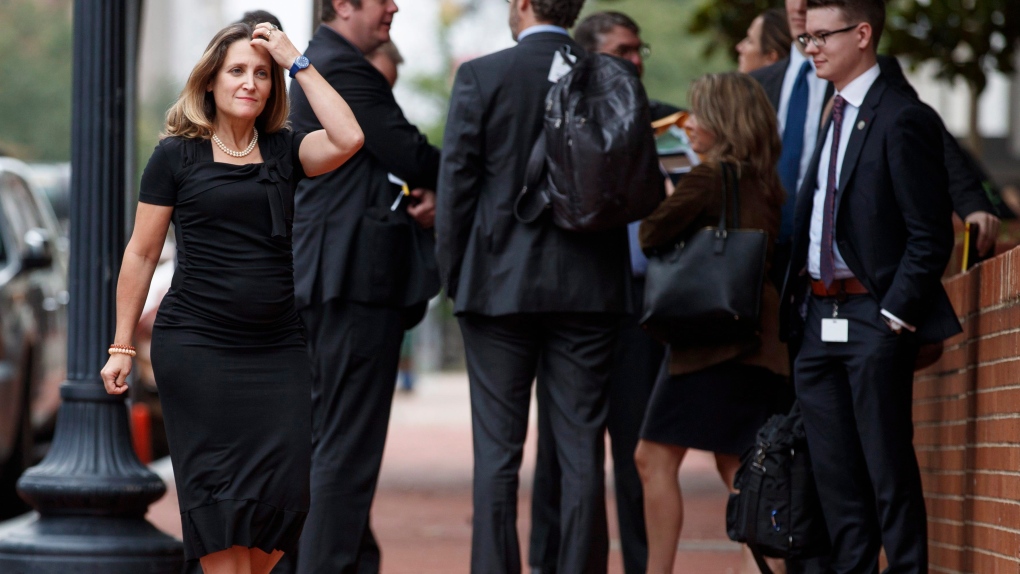 SASKATOON -- Canada's negotiating team spent several hours Wednesday updating Prime Minister Justin Trudeau on the state of NAFTA talks and getting his marching orders for the days ahead.

Foreign Affair Minister Chrystia Freeland refused to go into any detail about the issues on which the prime minister needed to sign off or what instructions she and the rest of the NAFTA team received.

However, she said lead negotiator Steve Verheul and David MacNaughton, Canada's ambassador to the United States, would be returning to Washington immediately to resume negotiations on Thursday.

Freeland herself will not be returning to Washington right away but said she'll be keeping in close contact with her American counterpart, trade czar Robert Lighthizer.

She said the fact that she and Lighthizer are not scheduled to meet again should "absolutely not" be taken as a sign that the talks are stalled.

She said the atmosphere surrounding the talks continues to be positive.