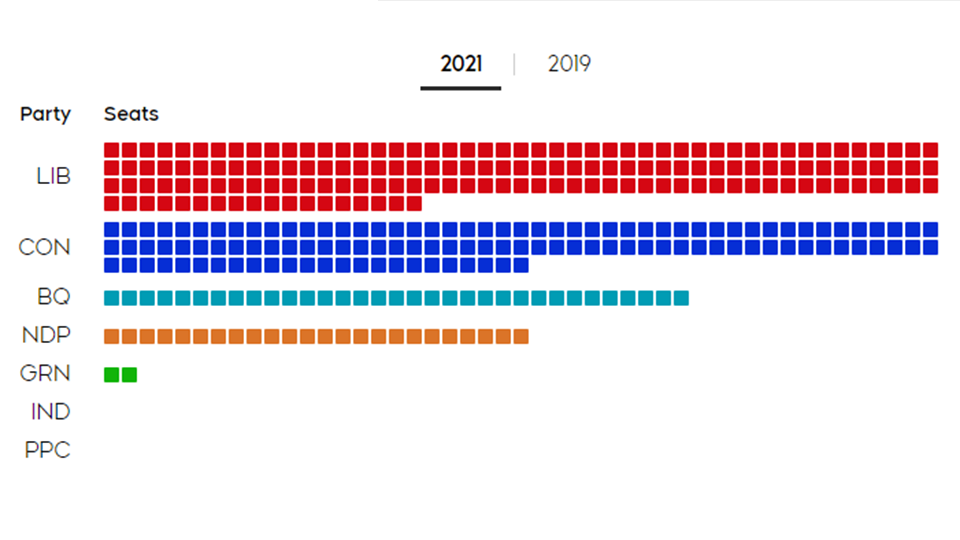 In the chart above, compare the popular vote the top 6 parties received in 2021, compared with 2019.