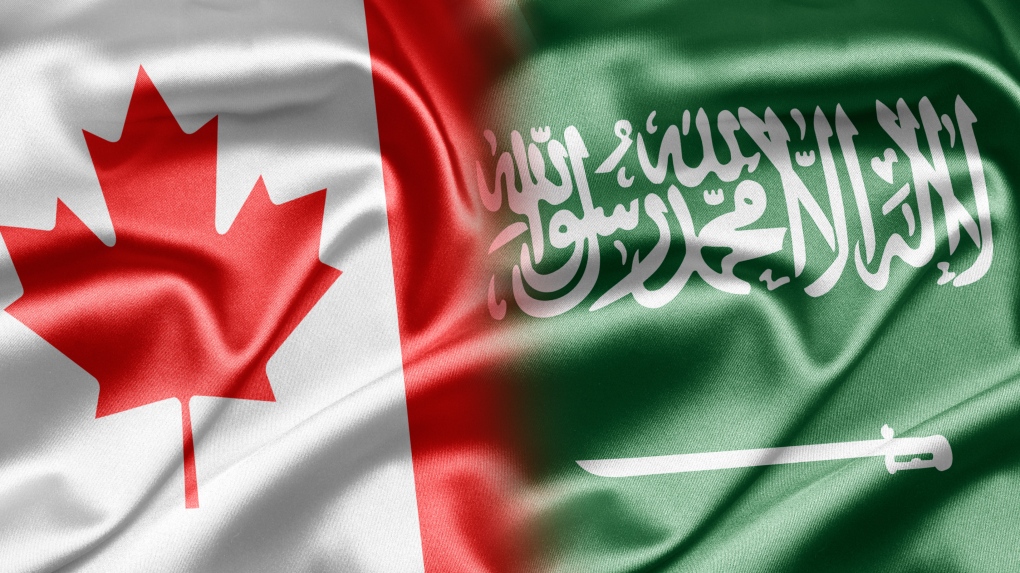 The diplomatic spat between Canada and Saudi Arabia that erupted over the weekend has left many wondering what exactly is going on. Here are answers to a few basic questions on the emerging conflict: 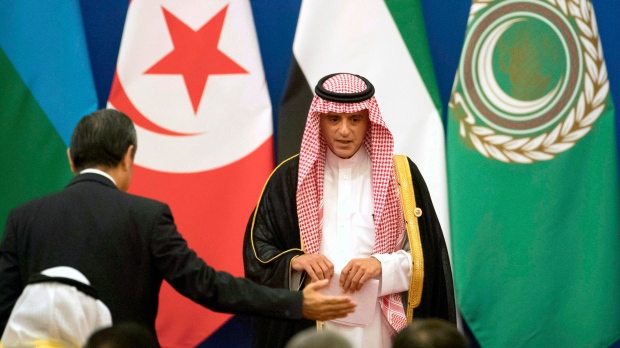 Saudi Arabia's Foreign Minister Adel al-Jubeir says there is nothing to mediate when it comes to the diplomatic dispute between his kingdom and Canada, and is stepping up retaliation. THE CANADIAN PRESS/ AP/Mark Schiefelbein

What prompted the dispute?

The dispute ostensibly arose because of a tweet issued by Canada's Global Affairs Ministry decrying the arrest and detention of two female bloggers and activists, and urging Saudi authorities to immediately free the two women -- one of whom was Samar Badawi, sister of jailed blogger Raif Badawi -- as well as "all peaceful human rights activists."

The Saudi Foreign Ministry took exception to the wording of the tweet, calling it an attempt by Canada to interfere with the country's internal affairs. Saudi Arabia announced it was suspending future trade with Canada and severing diplomatic ties.

Some analysts perceive the move as both a power play for the kingdom's young leader and a demonstration put on for the benefit of countries with stronger ties to Saudi Arabia than Canada.

Crown Prince Mohammed bin Salman recently went on a global tour touting proposed economic reforms and promoting his vision for the kingdom as "the next Europe."

Despite those ideals, however, the country has continued to take aggressive actions against some neighbours, and concerns about domestic human rights practices persist.

The true impact of Saudi Arabia's flexing of diplomatic muscle is still unclear. The decision to freeze new trade agreements could threaten Canada's $15-billion arms deal that includes providing armoured vehicles to the kingdom, but Foreign Affairs Minister Chrystia Freeland said it was "premature" to comment on its status.

On Tuesday, Finance Minister Bill Morneau appeared to downplay the financial impact of the diplomatic dispute.

"We have very strong trading relationships around the world," he said. "This is something where we know we need to lead with our values."

Thomas Juneau, an assistant professor at the University of Ottawa's Graduate School of Public and International Affairs, estimated the overall trade relationship between Canada and Saudi Arabia totals between $3 and $4 billion a year.


Travel to the country will also be affected in light of an announcement from Saudia Airlines on Tuesday that it will suspend flights to and from Canada starting Aug. 13. The state airline operates at least two routes flying from Toronto.

What has the response been so far, at home and abroad?

Canada has said it's alarmed by the move out of Saudi Arabia, but has not walked back the comments that apparently prompted the row in the first place. On Monday, Freeland doubled down on the position by saying Canadians expect their government's foreign policy to be guided by their values.

The United States said Tuesday that both Canada and Saudi Arabia are "close partners" of the U.S., and asked the Saudi government for more information of the detention of several activists. The U.S. also said it continued to encourage the Saudi government to "ensure all are afforded due process."

The European Commission said it's seeking clarification about the arrest of activists in Saudi Arabia. On the diplomatic dispute, commission spokeswoman Maja Kocijancic said "we don't comment on bilateral relations."

Saudi neighbours Bahrain and the United Arab Emirates have voiced solidarity with Riyadh, according to media reports.

Who is Dennis Horak and where is he now?

The displaced Canadian ambassador to Saudi Arabia, who was given 24 hours to leave the country, has a lengthy diplomatic career. Prior to his appointment to Riyadh in 2015, Horak's government biography states he was head of mission in Iran for the then-Foreign Affairs Ministry. He also spent a three-year stint as director of its Middle East Relations Division from 2012 to 2015. Freeland declined to comment on Horak's exact location and would only say he was doing fine.

Has this sort of thing ever happened before?

Yes. In 2015, Riyadh recalled its ambassador to Sweden and stopped issuing work visas for Swedes after the EU member country's foreign minister described a court decision related to Raif Badawi as "medieval" and the kingdom's ruling Al Saud family as presiding over a "dictatorship. Last year, the kingdom also recalled its ambassador to Germany following a testy exchange with that country's foreign affairs minister over Saudi Arabia's military presence in Yemen.

PM's intervention may be needed to end dispute with Saudi Arabia, MacKay says