Cambridge Analytica: Could it happen in Canada? 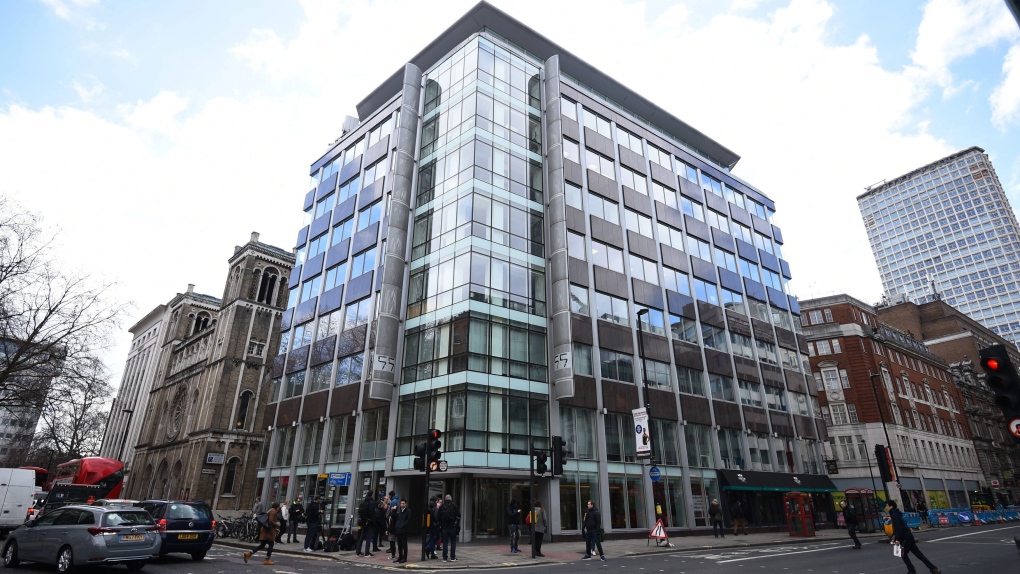 The offices of Cambridge Analytica (CA) in central London, on March 20, 2018. (Kirsty O'Connor/PA via AP)

OTTAWA -- For years, Megan Boler's research focused on the power of social media as a democratizing force, giving voice to the voiceless and empowering everyday people to come together and participate more meaningfully in how they are governed.

But the University of Toronto social justice professor said that even in the heady days of the Arab Spring and Obama's social media-aided ascendency to the White House, there were slivers of concern about how the technology might be abused.

"I would have conversations with colleagues who would say things like, 'These are the halcyon days of the internet and we're going to look back and wish we had those days back.' "

That future appears to have arrived, as reports swirl about foreign interference in U.S. elections, the micro-targeting of social media users to sow division and mistrust and, most recently, a data-mining firm facing allegations it scraped private information from tens of millions of Facebook users' profiles for political gain.

At the heart of the most recent fallout around Cambridge Analytica, the voter-profiling firm at the heart of the Facebook controversy, is a story about the increasing sophistication and secrecy of the techniques political actors and parties have developed to harvest voters' information in the quest for power and influence.

While some experts describe Cambridge Analytica as "a bad apple" in how it gathered its data, they say the predictive analytics the company employs are industry standard in politics.

Some experts single out political parties, saying more transparency and oversight is needed to get a better understanding of their data practices, which remain closely guarded secrets.

Fenwick McKelvey, a Concordia University communications professor, said it's unclear when parties first began paying attention to social media data. It was the marketing industry that first paved the path when it pounced on the abundance of information being freely disclosed by social media users as a way to target advertisements and drive sales.

"Cambridge Analytica has turned public attention to what had been a long-standing blind spot in Canadian politics," he said.

"The ways that routine practices of data collection, advertising and voter profiling can be used by bad actors is a reminder that all parties need to stand up and be more accountable about their data practices."

McKelvey pointed out that now-Prime Minister Justin Trudeau enlisted the help of the U.S.-based campaign software company NGP VAN for his leadership bid and the subsequent federal election race.

NGP VAN is the same outfit Barack Obama relied on during his presidential bids. The company website advertises its ability to link emails in a voter database to nearly 100 different social networking sites, including Facebook, Twitter and LinkedIn.

A major concern is that the algorithm that decides who sees what ad is hidden, McKelvey said, and the public simply has no way to know about the potential of so-called dark targeting --whether some ads are being used to suppress voting.

Political campaigns have been getting more targeted for years as big data becomes increasingly available and the raw power of data analytics and computing continues to grow, said Alfred Hermida, a digital media scholar at the University of British Columbia.

Hermida said the move is fuelled in part by what he calls a Silicon Valley approach -- that whatever the world's problems, technology is the answer. It's a perspective that ignores the fact that technology is a tool that can be used for both good and bad, he said.

"The failing here is ... not realizing that actually the same technology that you can use to bring people together around a cause can be used to identify people with certain political views and serve them very specific political ads," Hermida said.

"Technological utopianism expects things to be good and doesn't take into account, 'How do we mitigate for people using this for nefarious purposes?' "

That latter phenomenon is something Anatoliy Gruzd, Canada's research chair in social media data stewardship, has noticed in some non-Western regimes.

While some more totalitarian states have blocked or restricted social media usage, others have begun to use those same tools for their own purposes, such as to distribute propaganda or to disrupt the politics in rival countries, he said.

"Why not, right? If activists -- the other side -- can use it, why not governments can use it to their advantage as well?"

Beyond the challenges of controlling such a transnational industry, Gruzd also highlighted the challenge of regulating a sector that is constantly reinventing itself.

"The thing about social media platforms being business entities (is) they evolve. They pivot. They try to change their business model," he said.

The phenomenon of data harvesting dates back decades. Mark Blevis, a digital public affairs strategist based in Ottawa, said companies would historically use information provided on warranty forms to contact buyers about other purchases they may want to make, or about a replacement when a product was nearing the end of its life span.

He described how politics has been cosying up with the marketing industry for years, which has mirrored a move toward political parties treating voters like consumers and campaigns as vote-shopping expeditions.

"People may not like this, but this is the way it's always been," Blevis said. "It's just the tools are more widely available now."

Cambridge Analytica: Could it happen in Canada?