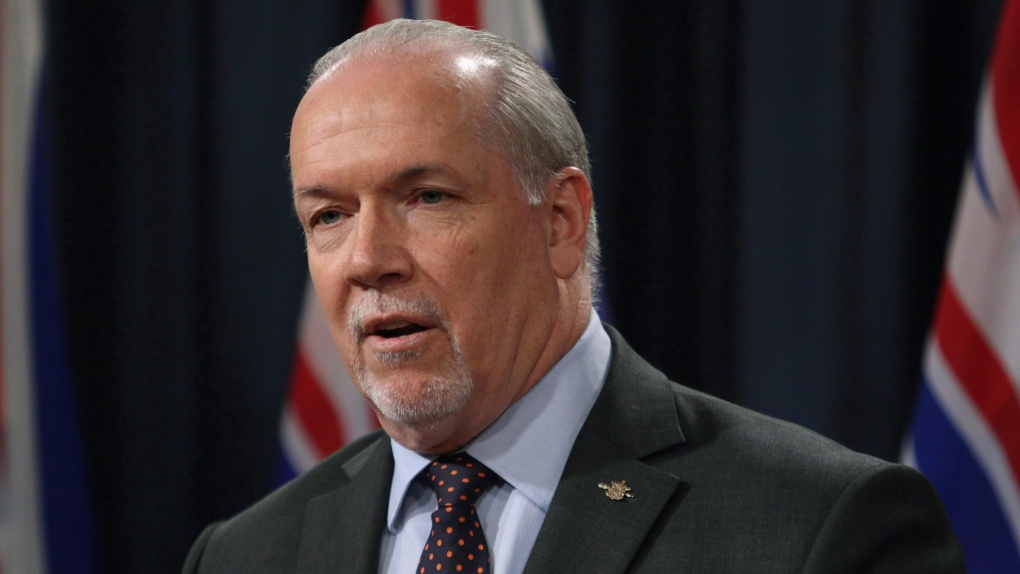 In this file photo, B.C. Premier John Horgan meets with media to discuss filing a court case regarding oil jurisdiction in B.C. during a press conference in the press theatre at Legislature in Victoria, B.C., on Thursday April 26, 2018. THE CANADIAN PRESS / Chad Hipolito

Horgan said he is protecting the interests of British Columbia by joining two legal cases that are already underway over the project and asking the B.C. Court of Appeal whether the province has the right to protect its environment through a permitting system for hazardous substances that are transported inside its borders.

"I'm doing what I said I would do, I'm defending the interests of British Columbia," he said after speaking to the B.C. Tech Summit.

"I'm not causing any risks."

Horgan said the province asked the federal government to take part in the reference case to the Appeal Court, but it declined so his government went ahead on its own to determine its position under the Constitution.

"These are not overly provocative statements in my opinion, those are the normal course of events working with the rule of law, not allowing Mr. Morneau to determine constitutionality, but the courts."

Kinder Morgan has ceased all non-essential spending on the $7.4-billion pipeline project that would twin the existing pipeline between Burnaby, B.C., and Edmonton. The company wants assurances it can proceed without delays by May 31.

Morneau said Ottawa is willing to "provide indemnity" to Kinder Morgan investors to ensure the controversial project is able to proceed.

Asked about how Morneau's statement might impact the future of the pipeline, Horgan replied: "I'm not a seer. I don't know what the future holds. Mr. Morneau will do what he wants to do."

Horgan later issued a statement replying to Morneau: "The federal finance minister is trying to use our government as an excuse, as the federal government puts taxpayer money on the line to backstop risks to private investors, while completely ignoring the risks to B.C."

"Instead of the private sector paying to build this pipeline, taxpayers will now be responsible for cleaning up Horgan's mess," he said in a news release.

"Oil will continue to be shipped by rail through our communities despite the dangers, and tankers will continue to operate off our coasts carrying oil to Washington refineries. While Horgan risks the economic future of B.C. to hold on to power, our province may face the consequences of losing out on opportunity and prosperity."