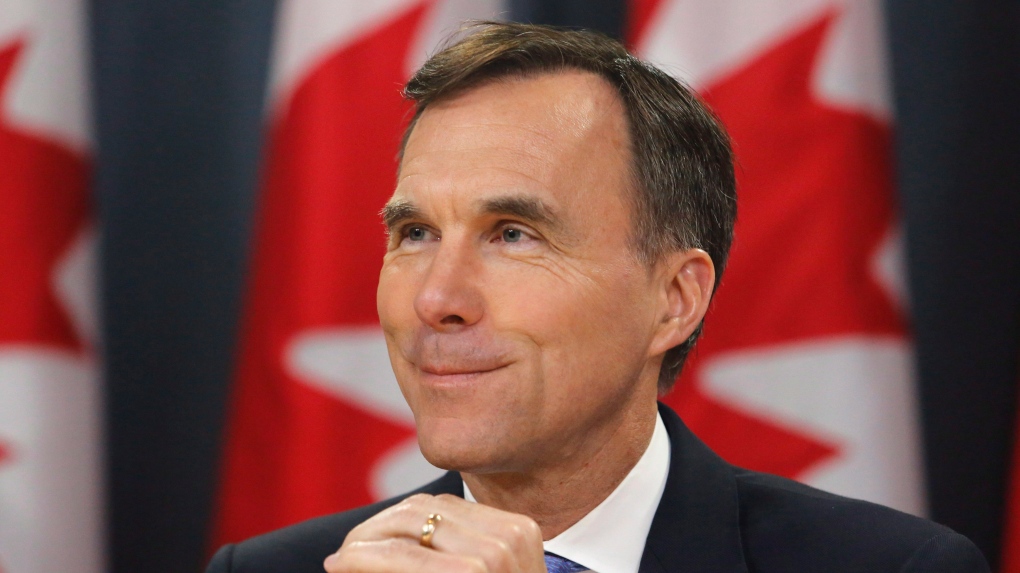 Finance Minister Bill Morneau speaks about the Trans Mountain Expansion project at a press conference in Ottawa on Wednesday, May 16, 2018. THE CANADIAN PRESS/ Patrick Doyle

CALGARY -- A federal commitment to compensate investors if the Trans Mountain pipeline expansion is unnecessarily delayed is appreciated but doesn't put the project back on the front burner, the CEO of Kinder Morgan Canada Ltd. said Wednesday.

Steven Kean repeated that the company won't return to constructing the pipeline unless it has a clear path to build in British Columbia and adequate financial protection is provided for Kinder Morgan shareholders, demands it made last month as it suspended all non-essential spending on the project.

"The time period for reaching a resolution is short and, if we don't reach a resolution by May 31, as we've said, it's hard to conceive of a scenario under which we can proceed," Kean said during remarks at his company's first annual general meeting since being spun out a year ago by U.S.-based Kinder Morgan Inc. to hold most of its Canadian assets.

Afterwards, he declined to talk to reporters.

Finance Minister Bill Morneau announced earlier Wednesday the government is willing to "provide indemnity" to any investors, be they the project's original architects or otherwise, to ensure the controversial Alberta-B.C. project is built.

In a statement issued later Wednesday, Kean again said he "appreciates" federal acknowledgment of the uncertainty created by the B.C. government's intention to stop the expansion project and the political risk the project continues to face.

"While discussions are ongoing, we are not yet in alignment and will not negotiate in public," he said.

The expansion project would triple the amount of oil flowing from Alberta to the West Coast, which Alberta says is critical to reduce price discounts on its product due mainly to pipeline bottlenecks.

The company has spent a total of $1.1 billion on the expansion as of the end of the first quarter, leaving $6.3 billion to take it to completion, based on an early 2017 estimate, Kean said.

He told the meeting Kinder Morgan has good assets in Canada without the expansion and it intends to continue to invest in the country and the provinces of B.C. and Alberta "under any set of circumstances."

Outside the meeting in downtown Calgary, about 50 vocal pipeline supporters armed with signs and slogans assembled on the sidewalk, chanting as passing cars honked their horns.

They said they were unimpressed with the federal announcement to provide compensation.

"That's going to be a slippery slope. I don't want to see this lead, ultimately, to nationalization, which is a scary thing," said Derek B. Cooper, who said he's an unemployed "jack of all trades" who has been looking for a job in Calgary for more than a year.

"I think the federal government should have taken action on this a long time ago," said James Robson, a spokesman for picket organizer Canada Action Coalition.

"They should have taken a harder stance against the British Columbia government."

"It sounds like the government is essentially ready to hand over a blank cheque to Kinder Morgan from Canadian taxpayers, to support a risky, collapsing project in an expiring industry," said Eugene Kung, staff lawyer at West Coast Environmental Law, in a news release.

CEO Chris Bloomer of the Canadian Energy Pipeline Association said he is "encouraged" that the government is trying to find a solution to the pipeline impasse.

"The project should proceed because, as the federal government has recognized, it is in the best interest of Canada," he said in a release. "It should not require financial intervention by government."