Who do Canadians admire most? The Obamas, the Queen and Ellen 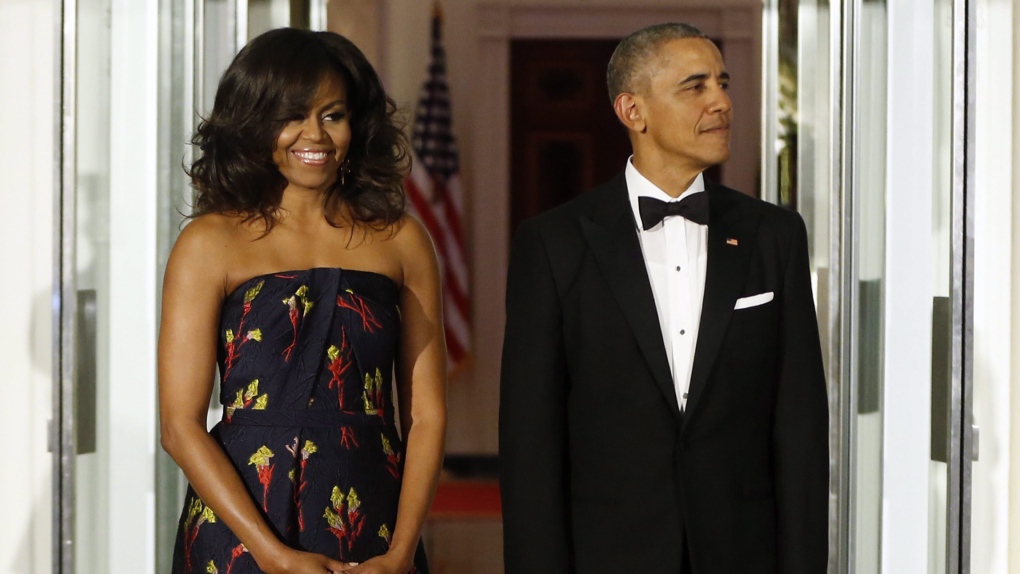 Ask Canadians which of 54 public figures we admire most, and we'll start with the former president and First Lady of another country.

A new survey from market research firm YouGov has found that Barack Obama is more admired by Canadians than any other man, while Michelle Obama is the most-admired woman.

YouGov asked people in 41 countries to name the people they admire most, and then put the most popular selections to a larger vote in each country.

On the male side, Barack Obama garnered more than 17 per cent of votes in Canada – more than double the total of his closest competitor, tech tycoon and philanthropist Bill Gates.

They were followed, in order, by actor Dwayne Johnson, the Dalai Lama, actor Jackie Chan, Prince William and Prime Minister Justin Trudeau – who, with slightly over 4 per cent of votes, finished just ahead of businessman Warren Buffett and entrepreneur Elon Musk.

Nearly 2.8 per cent of Canadian respondents said U.S. President Donald Trump is the man they admire most, with 1.55 per cent opting for Quebec Premier Francois Legault and 1.44 per cent for Russian President Vladimir Putin.

Michelle Obama led the way among women with nearly 15 per cent of the vote. The Queen received slightly more than 9 per cent of votes, while talk show host Ellen DeGeneres picked up exactly 9 per cent. Other highly admired women include Oprah Winfrey (7.84 per cent), Celine Dion (5.71 per cent), Lady Gaga (5.63 per cent) and Malala Yousafzai (4.34 per cent).

Finishing at the bottom on the female side, perhaps owing to a relative lack of fame in Canada, were Chinese singer Peng Liyuan, Chinese actress Yang Mi and Indian actress Sushmita Sen.

The Canadians on the list – Trudeau, Legault, controversial professor Jordan Peterson, Dion and Green Party Leader Elizabeth May – were not included in the surveys for any other country. YouGov offered different selections in each surveyed country based on perceived local notoriety.

The Obamas also topped the male and female rankings in the U.S., with other top finishers including Trump, Clint Eastwood, Ruth Bader Ginsburg and Melania Trump.

Broadcaster David Attenborough and the Queen were dubbed the most admired man and woman in the U.K. and Australia, while the Obamas also took first place in France, Germany and Mexico, among others.

Tallying up all 42,000 responses from each country, though, YouGov found that while Michelle Obama is the most admired woman in the world – a title that had belonged to Angelina Jolie last year – Gates remains ahead of her husband as the planet's most admired man.