'There is no bad weather': How the Norwegian idea of 'friluftsliv' could help Canadians this winter 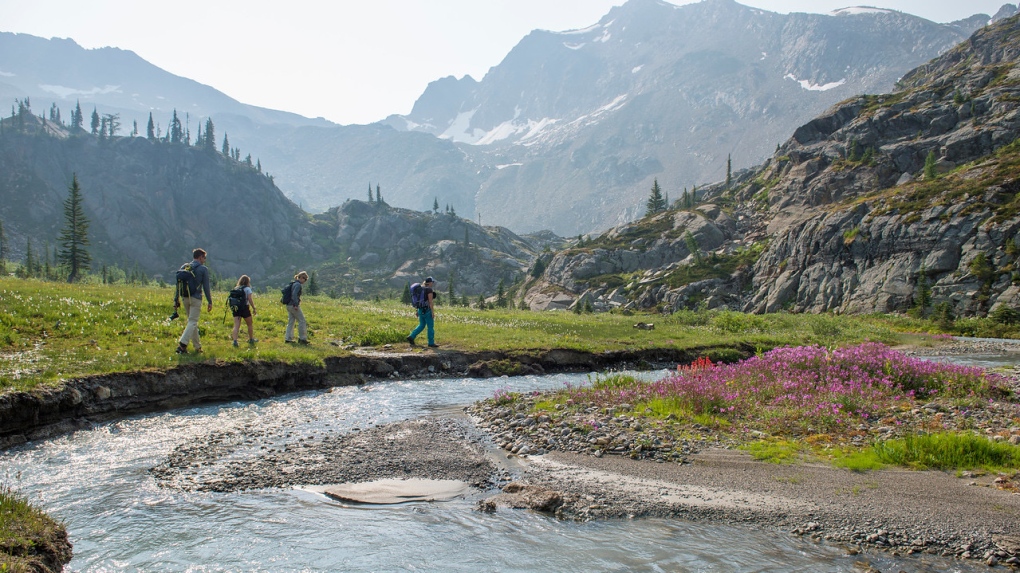 Hahn Vincent, an outdoor guide, leads a group of hikers in this undated photo. (Ryan Bavin)

TORONTO -- With winter on the way and the pandemic keeping people apart, some Canadians may be planning to hibernate indoors this year, but according to the Norwegians, that’s the opposite of what they should do.

Instead, they’re being encouraged to bundle up, head outside, and embrace the cherished Scandinavian concept of friluftsliv.

Hahn Vincent, an outdoor educator and guide with the Association of Canadian Mountain Guides, described friluftsliv as a “way of life,” in which adherents embed themselves in nature.

“It’s a cultural philosophy for Scandinavians,” she said during a telephone interview with CTVNews.ca from Vancouver on Thursday. “This idea of literally being part of nature and that’s done experientially.”

Vincent studied friluftsliv when she was completing her master’s degree in outdoor education in Norway and continues to follow it back home in Canada. She said it’s not about getting the perfect sunset photo or conquering a mountain, but rather, feeling connected to nature.

“It’s like when you go out and you look up at mountains or hills or the beautiful cedar trees and you take a big breath in and you feel that peace. For some people, that’s a spiritual feeling,” she said.

The term friluftsliv translates to “open-air living” and is generally thought to have been first coined by the Norwegian playwright and poet, Henrik Ibsen, in the 1850s.

Lasse Heimdal, the secretary general of Norsk Friluftsliv, an organization representing 5,000 outdoor groups in Norway, said friluftsliv is one of the most important aspects of Norwegian culture. He said that nine out of 10 Norwegians participate in it every year, during every season, regardless of the weather.

“There is no bad weather, only bad clothes,” Heimdal said during a telephone interview with CTVNews.ca from Oslo, Norway on Friday.

Friluftsliv isn’t only for extreme adventurers, either. Heimdal said anyone can participate in the lifestyle, whether that means camping or skiing or just going outside for a brief stroll.

“I think it's very important to find the joy of being outside,” he said.

In fact, Heimdal said friluftsliv is so important that it is actually protected by the “allemannsretten” or “right to roam” law that is in effect in a number of Nordic countries. Under the law, people are allowed to walk or camp nearly everywhere, even on other people’s properties, as long as they’re respectful of the environment.

“Norwegian law secures the people living here to be outdoors and enjoy the marvelous nature that we have been given,” he explained.

Vincent added that education on friluftsliv starts early for Norwegians who are taught at a young age about the importance of respecting the environment and how to stay healthy outdoors. There are even full courses and degrees dedicated to learning about the lifestyle, as Vincent knows when she studied the subject in Oslo.

“It became such a big part of my identity,” she said. “So ice-climbing, canoe-tripping, backpacking, and just spending time in nature. It totally changed my career path.”

Beyond the obvious physical health advantages that come with any form of exercise, Heimdal said friluftsliv also offers some significant mental health benefits that are particularly important this year during the pandemic as increased financial stress, social isolation, and health concerns take a toll on people’s well-being.

“Fresh air, activity, and also being with your friends or family improves your mood, reduces depression, and has many positive effects on your health,” Heimdal said. “It's so good to have a kind of escape room or a place to forget all the problems with the coronavirus disease and be outside, get fresh air, sunlight and be together in a good and healthy way.”

Heimdal said Canadians can adopt friluftsliv in a safe way during the pandemic because the coronavirus doesn’t spread as easily outside and people can physically distance from each other.

“It’s ‘corona-safe’ because in Norway, at least, we haven't found, as far as I know, any infection history from friluftsliv,” he said.

Vincent agrees that friluftsliv would be beneficial for Canadians at any time, but especially during the pandemic.

“Canada has this weird identity that we are like, quote unquote, outdoor people, but then we don’t act like it. Like Norwegians, they don’t complain about winter. They embrace winter and we complain about it,” she said. “I think it’s a paradigm shift that in Canada would be so beneficial if we just embraced our ‘Nordic-ness.’”

The outdoor guide said she believes that friluftsliv can be helpful for those who are suffering from depression because it’s good for the mind, body, and soul.

“I believe that the outdoors and spending time outdoors is our key to having more positive thoughts and feeling better about our bodies and staying active,” Vincent said. “You feel nourished when you spend time in nature.”

HOW TO EMBRACE FRILUFTSLIV

For Canadians who haven’t grown up in the friluftsliv way of life, Vincent and Heimdal recommend going online and reading more about the concept. Vincent suggested visiting Norway’s tourism website as well as the Norwegian Trekking Association for more information on the topic.

In addition to learning more about the concept, Vincent said it’s always a good idea for beginners to connect with a local outdoors group or connect with a guide in their area who can take them out.

“Hiring a professional or somebody who knows what they're doing is a great way to have a positive first impression because they can teach you the things to do,” she said. “A lot of people, they're not prepared for the outdoors, then they go and they have a horrible time and that really turns them off.”

Finally, Heimdal said people shouldn’t be intimidated by the concept and that Canadians can start embracing it by simply going outside and appreciating their surroundings.

“Canadians, you have so many enormous areas, beautiful nature,” he said. “Dress up and get outside.”