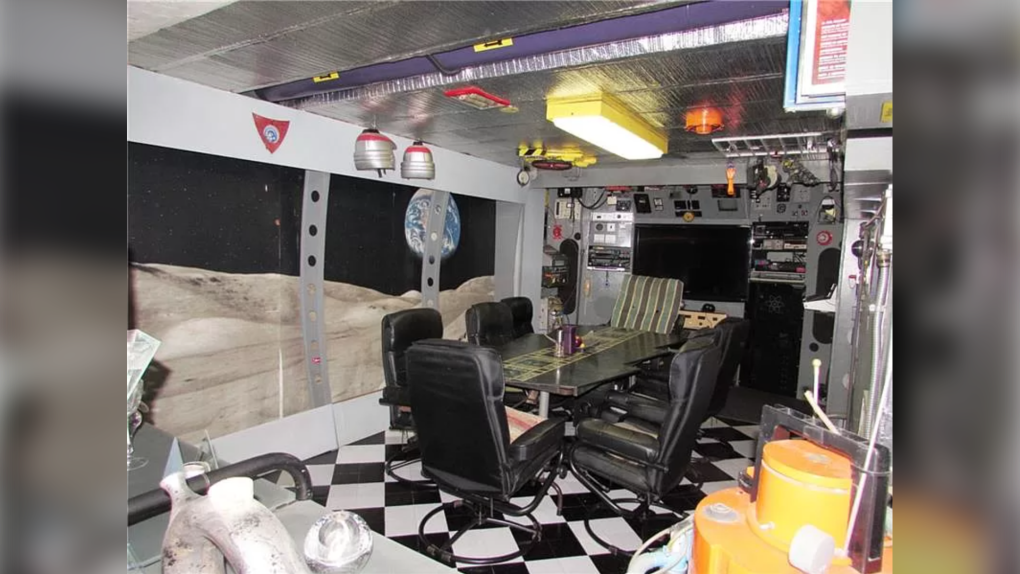 The "25th century starship" room in a Pittsburgh home listed for sale by a man who goes by "Cap'n John." (Zillow/Sam Pace/Berkshire Hathaway)

TORONTO -- Based on its humble facade, you might not guess that there was a castle, jungle and a spaceship inside this Pittsburgh grandfather’s home.

From the street, 480 Rainier Drive looks like a simple bungalow. Inside, it’s more like an epic nerd den, a Trekkie’s science project from another era.

A listing for the home on the real estate database Zillow had been viewed more than 1.4 million times as of Tuesday morning.

“I can only assume that the viral interest… is a reflection of the extreme boredom people are going through right now, more than anything intrinsic in the house itself,” he wrote in an email to CTVNews.ca.

“I mean, everybody lives somewhere—I just happen to live in a 15th century castle, that just happens to be connected to a 25th century starship, with a tropical jungle island overhead. No biggie.”

The house contains many worlds. There’s the early Renaissance decor of the living room with high, oak-beamed ceilings and a mezzanine library. 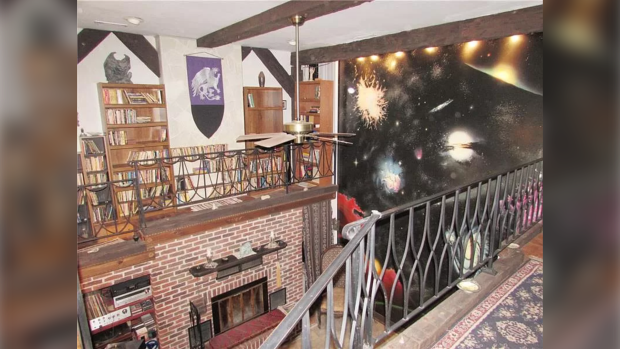 There’s what looks like the control room of a “25th century starship” with a talking “space alien” at the entrance, and the “working computer and controls from an Apache helicopter," according to the listing. 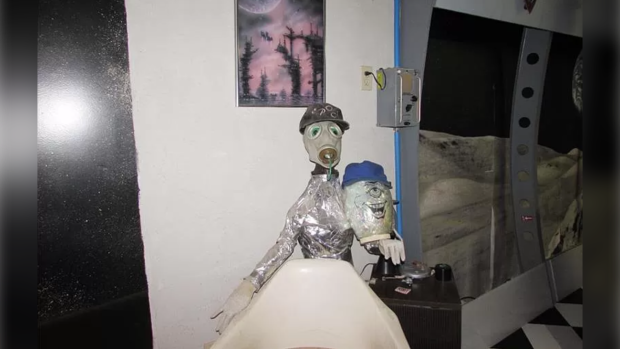 On the second floor, there’s a tropical passage to the jungle-themed bathroom, a “hippie crash pad” with a queen-sized water bed, and notably, a Gilligan’s Island-style bedroom with what appears to be actual sand on the floor. 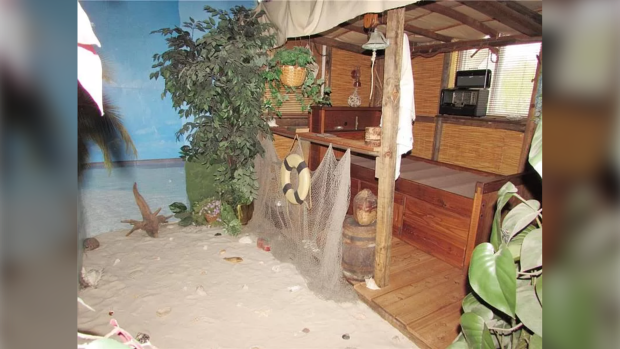 His granddaughter posted a video tour of the property on Tuesday to address all the questions posed by internet users, such as: Why?

“He likes to say that the beach, the hippie and the space nerd is all just three different types of his personality combined into one house,” she said in the narration.

The home wasn’t the project of pure joy that it might seem on the surface. Following a divorce several years ago, Cap’n John turned the 1,075-square-foot home into his DIY project, according to his granddaughter.

“He honestly used this as a coping mechanism. He had just gone through a divorce with my grandmother and he found it easiest to (do away with) the past by changing something huge without having to get rid of it,” she said.

For realtor Samuel Pace, who calls Cap’n John “a little bit eccentric, but pretty much normal,” the house seemed like a tough sell when he first toured the property. All of the unusual elements featured in the photos will be staying with the home. Since Cap’n John has a preference that a new owner doesn’t simply dispose of everything, Pace said they’re looking for a particular type of buyer: “sci-fi people, computer-type people who might like all the gadgets.”

In a brief biography attached to an email to CTVNews.ca, Cap’n John said he is retired from work in industrial electronics, has nine grandchildren, doesn’t believe in abortion or evolution, and has hobbies that include genealogy, science fiction and “music sung with passion.”