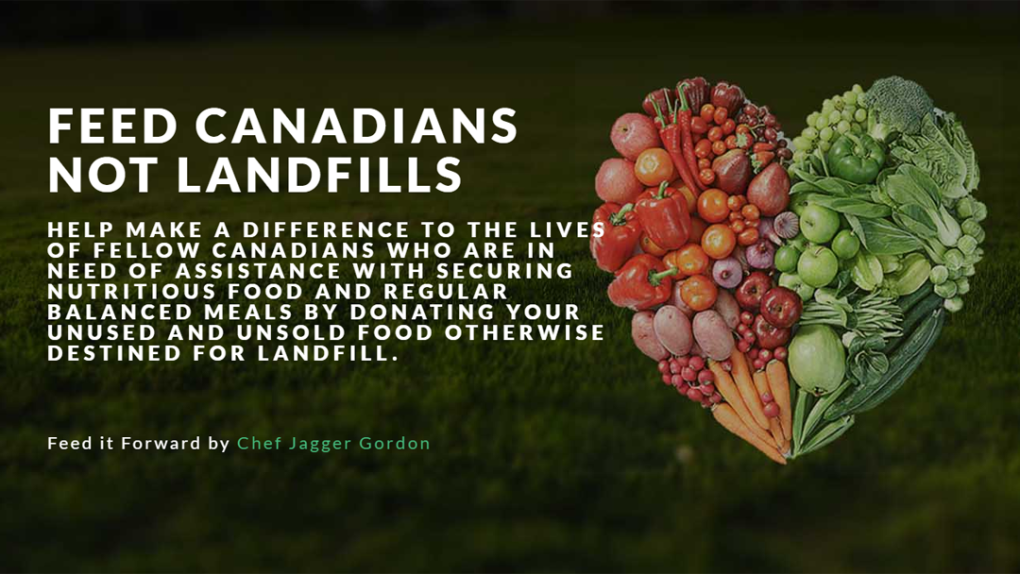 A pay-what-you-can grocery store is opening in Toronto's west end as a way to combat food waste and poverty.

For years while working in catering, chef Jagger Gordon saw a lot of food going to waste. He had the idea to redistribute food when he noticed many of his daughters’ friends and their families had empty fridges.

“I started noticing the number of people in need of a healthier, sustainable lifestyle,” Gordon told CTVNews.ca.

He started the not-for-profit Feed It Forward, which aims to redistribute food waste from restaurants and retailers to those in need. The organization has undertaken a number of programs, including delivering meals to students and a pay-what-you-can restaurant downtown.

The Feed It Forward grocery store, Gordon’s latest initiative, is stocked with donations of fresh produce, bread, meats and pre-packaged dinners from its big-name partners, which include companies like Whole Foods, Moxie’s, and FreshCo.

Customers take what they need to feed their families for a day and pay whatever they can. The store also offers bi-weekly grocery delivery, including recipes, which customers can order or sponsor for needy families.

“I’m trying to attract everyone who either can afford or cannot afford, it’s about making it neutral,” said Gordon.

In keeping with the store’s zero-waste concept, customers are encouraged to bring their own mason jars and bags. Recycled shopping bags are available in-store, and the premade meals are available in biodegradable containers.

Pay-what-you-can food establishments are starting to crop up across the country as a way to combat food waste and poverty. A report from the Commission on Environmental Cooperation found that Canada is one of the biggest food-wasting countries on the planet. On an annual basis, about 396 kilograms are wasted per Canadian.

“The $3 billion we waste in food can feed world hunger times three over annually,” said Gordon.

Countries like France and Italy have enacted laws that force companies to donate any excess food. Gordon is currently petitioning for the federal government to pass a similar law.