Like a 'miracle': Fogo Island Inn a lucrative success on Canada's eastern edge 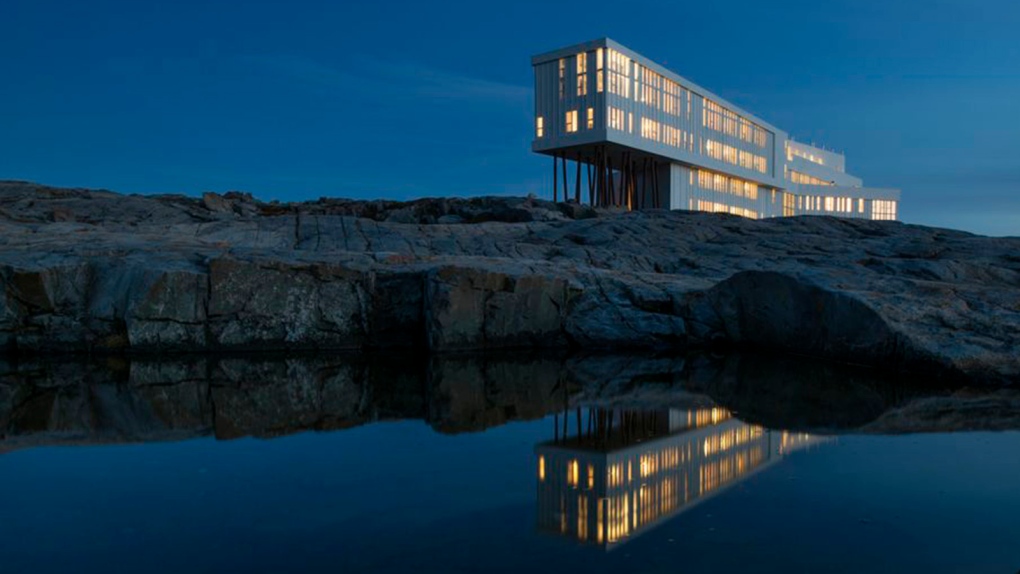 Late-night legend David Letterman mentioned last January during an interview with former U.S. President Barack Obama that he saw icebergs while visiting the spectacular refuge off the coast of Newfoundland.

Prime Minister Justin Trudeau has also vacationed there, along with other jet setters who don't publicize their stays at the luxe Fogo Island Inn, now marking its fifth anniversary.

The 29-suite building's striking design echoes centuries of outport fishing tradition while locally crafted furniture, quilts and textiles carry old ways into the future. What was once considered a high stakes tourism gamble is now an award-winning inspiration.

"We broke even after three years," says innkeeper Zita Cobb, co-founder and CEO of the Shorefast Foundation. "Last year, we made money."

The property has been described as outport chic, with panoramic ocean views through floor to ceiling windows. Full-board prices start at about $1,900 a night for two people, with a three-night minimum from June to September. A daybreak tray, three daily meals and a tour with community hosts are included.

The inn bills itself as offering "magic and enchantment in a stark and unforgiving wilderness."

Shorefast is a registered Canadian charity. It invests surpluses from three ventures -- the inn, a furniture making enterprise, and a traditional single hook and line cod company which supplies many Ontario chefs -- back into other Fogo Island projects.

They include efforts to preserve and showcase once fading skills such as small boat building, residency programs for geologists and artists, and a micro-lending fund for business startups.

Cobb grew up on Fogo Island. Like so many others, she left her beloved home for decades to study and work.

She was on a five-year sailing trip, an often solo odyssey of reflection after she left the high-tech corporate fast lane, when the idea for the inn began to crystallize. She was a multimillionaire when she retired in her 40s and wanted to contribute to the place she loves most.

Cobb sailed into coastal enclaves from northern Spain to Mystic, Conn., seeing first-hand how unique cultural hospitality could sustain remote places. That journey helped shape Shorefast, named for the line and mooring that attaches a cod trap to shore.

Building the inn cost $41 million, 75 per cent of it funded privately with Cobb providing most of that share. Provincial and federal grants made up the rest.

Public money has been repaid through various taxes many times over, she said.

Famous guests are now arriving at regular intervals but there isn't much that fazes Fogo Islanders.

Cobb hiked with Paltrow during the Oscar-winning actor's visit.

"You cannot miss the woman. She's 10 feet tall and gorgeous."

Still, there were no requests for photos, no autograph hounds.

"People may have given that lovely Newfoundland nod to her, but that was it."

What's most gratifying for Cobb is how many Fogo expats have been able to come home.

"We almost have a housing crisis on this island now, which is terrifying and satisfying all at the same time."

The inn has helped stop the population slide, said Wayne Collins, mayor of the Town of Fogo Island. There are now about 2,300 people in 10 distinct communities with names such as Tilting and Little Seldom.

Residents banded together against political pressure to resettle 50 years ago, forming the Fogo Island Co-op and expanding their own fishery.

The co-op is still a vital economic pillar as the inn and Shorefast also provide jobs for hundreds of people, including his son and daughter, Collins said.

There have been some challenges, he concedes. He especially hopes repeated mechanical issues with the MV Veteran ferry are now resolved. (The wealthiest visitors typically fly in.)

That aside, it's a happy story of incredible generosity and renewal, said Edmund Walbourne, a retired school principal and former town councillor.