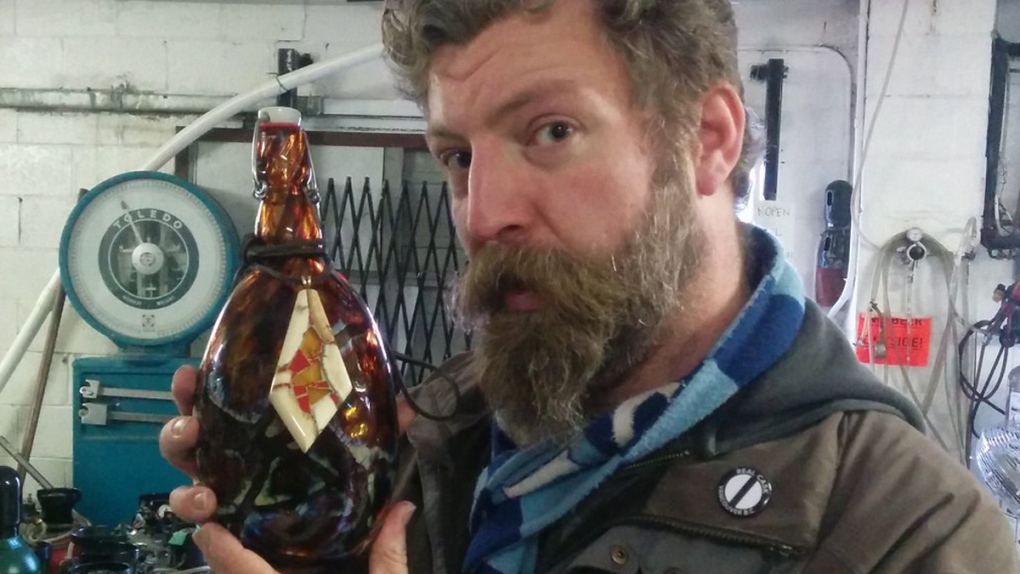 This bottle of Glacial Extinction Mammoth beer was hand-made for Storm Brewing in Vancouver, and wrapped in a mammoth-tusk pendant. The bottles are being sold for $1,000 each. (Twitter / Adam Chatburn)

It's being touted as the most expensive bottle of beer ever produced in Canada – and not just because of the brew it contains.

Storm Brewing's special Glacial Mammoth Extinction beer may be enough to endanger your bank account, at a price of $1,000 for a handmade one-litre bottle. Each one of the 10 bottles on sale was crafted by a Vancouver glass-blower, and fitted with an ivory pendant carved from a 35,000-year-old mammoth tusk.

As for the beer inside, it's a special brew produced by Storm Brewing owner James Walton, who is often referred to as the "mad scientist" of the B.C. craft beer scene. The malty, dark brown beer packs a mammoth-sized kick, with an alcohol content of 25 per cent.