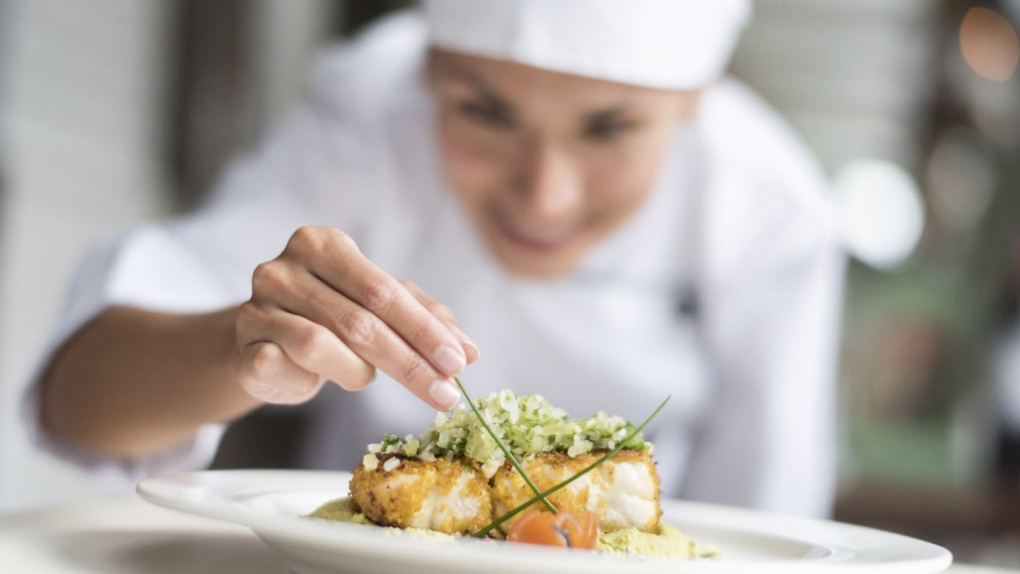 Canada's chef and cook ranks are disproportionately male, and many female chefs say sexism remains an issue in the industry. (andresr/Istock.com)

TORONTO -- It was an Instagram photo that caught long-time restaurateur Stacey Patterson's eye: six chefs -- all men -- at a table together playing poker. It's an image of camaraderie that Patterson says is noticeably absent between women in the industry.

"We're not in the world together," she says.

The picture prompted Patterson to found Toronto-based Open Kitchen, a dining event series that features a different female chef every month. So far, Open Kitchen has raised $25,000 towards a scholarship for female students at George Brown College's culinary school.

The need for female support -- and simply more women in the industry -- is one Patterson knows well. She says she continues to have fewer female chefs on staff.

For those who are in Canada's kitchens, the isolation Patterson describes is an additional obstacle for women in a job that is already notoriously gruelling, both physically and emotionally. Women who make it in the industry find themselves a minority, particularly at the higher positions.

Statistics Canada's latest report on women and paid work found that while almost 60 per cent of chefs and cooks were men, more than 70 per cent of kitchen helpers, food counter attendants and related support staff -- all lower paying jobs -- were women.

Women also continue to face additional barriers once in the industry. Recent misconduct allegations against Ontario winemaker Norman Hardie and the spread of the .MeToo movement to Canadian restaurants has pulled back the veil on continuing sexism in the business.

Yet many women working in the field say things are changing.

Stratford Chefs School says its graduating class has had a 50-50 gender split for the last few years.

Meanwhile, the B.C. chapter of the professional association Les Dames d'Escoffier has awarded thousands of dollars in scholarships to women entering the culinary industry.

If Open Kitchen co-founder Ivana Raca is familiar with glass ceilings, it's because she's broken several. She was the first female saucier at one of celebrity chef Mark McEwan's kitchens in downtown Toronto before becoming his first female executive chef. She says that women who manage to work their way into a kitchen often find that the bar is higher for them.

"It's not a glorified, sparkling job. Definitely not. You've got to work your way up the ranks either way," she says. "And I think as a woman it's definitely more difficult because you'll have men looking over your shoulder."

As a woman, she said her actions were more closely scrutinized than those of her male co-workers, but being joined by other women has helped ease the pressure. Raca says her first restaurant had nine women on staff.

"I love (having) women that are there to help me. I think to have a successful restaurant you have to have a really good team, and having women around you is a beautiful thing," Raca says.

When Toronto pastry chef Nadege Nourian began her career as a 20-year-old in London, she says she was invited to professional events only to have some of the male chefs hit on her. She said it made her feel like she wasn't regarded as a professional. Nourian recalls telling her husband she wished she were a man because "it was so hard to be a woman" in the industry.

Even today, she says her fight for legitimacy continues, despite being the boss and owner of Nadege Patisserie.

"It doesn't happen all the time but you always have the one odd person who doesn't like to have a woman tell him what to do," Nourian says.

In Whistler, B.C., Bearfoot Bistro's executive chef Melissa Craig tells the same story: "They treat you like a girl," she says, at least in the beginning. She was reluctant to ask for help because she wanted to prove that she was strong.

But she's become more optimistic in an industry that is slowly opening the doors to women. Craig says female chefs in British Columbia are connecting with one another. The sous-chef in her own kitchen is a woman.

Donna Dooher, who has cooked professionally for 40 years and now runs Mildred's Temple Kitchen in Toronto, remembers when the very notion of having a woman in the kitchen was unthinkable -- at least if the woman was being paid. When she started, some restaurants only allowed women to work as cocktail waitresses or hostesses.

"I was always coming up against roadblocks. So I just determined that in order to create an environment that I felt comfortable in and wanted to work in, I'd have to create my own business," Dooher says.

She says she's optimistic about the direction the industry is going in, especially now that the systemic exclusion of women is finally being talked about. "It's like this fester, this thing that's exploded and now (we're asking), 'What do we do with this mess that we've got?"' Dooher says. "It's changing, it is changing and it's getting better.

"And I think it's a very exciting time for young women right across the board, whatever they're doing. "