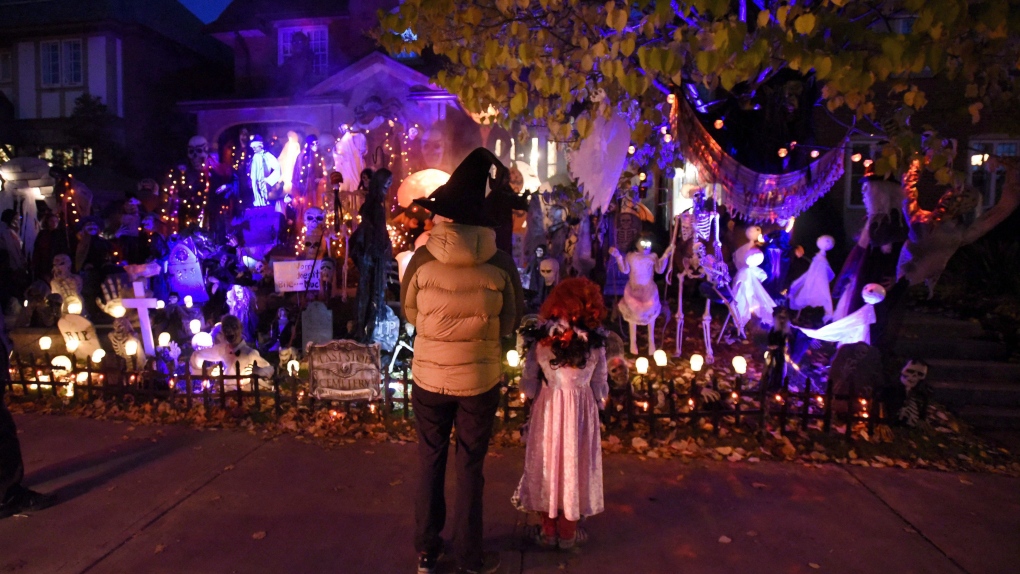 While some U.S. parents are giving their kids blue buckets this Halloween to signify autism, a leading Canadian advocacy group says it opposes the trend for “singling out children.”

American mom Omairis Taylor has a three-year-old son with autism who is non-verbal.

She claimed while out trick or treating last Halloween some homeowners waited for the boy to say ‘trick or treat,’ forcing her to explain the situation for the “next five blocks.”

“This year we will be trying the blue bucket to signify he has autism,” Taylor wrote.

“Please allow him (or any other person with a blue bucket) to enjoy this day and don't worry I'll still say trick or treat for him.”

Taylor added that she made the post public in the hopes it will be shared to get the “blue bucket message out there for autism awareness.”

Her message gained traction online and has been shared more than 130,000 times.

But a spokesperson for Autism Canada, which provides information and support to people with autism, told CTVNews.ca that the blue buckets were “not something that has taken off here” and that the organization “does not endorse the idea of a child with autism carrying a blue pumpkin bucket at Halloween.”

“We believe that this practice singles out the child as being different,” Autism Canada said in a statement to CTVNews.ca.

“None of the autism communities that we connect with in Canada are recommending the blue bucket for exactly this reason.

“If a non-verbal child goes trick-or-treating, the parent could put a little label on the costume or hand a card to the homeowner that reads: ‘I don't speak but I still want to tell you -- Trick or Treat? and Thank you!’”

The group confirmed one Canadian mom had been in touch to enquire about the blue bucket phenomenon.

Alicia Plumer, also from the U.S., wrote in October last year that her 21-year-old son, who has autism and loves Halloween, would be in costume and carrying a blue bucket.

Plumer’s post was also shared 28,000 times, which started the debate.

It appears she got the idea from a friend, Lisa Lee, who told Washington D.C. station WJLA that she “thought I had read something on Facebook about it.”

“Really what I read was about the teal pumpkins and food allergy children - but why not blue pumpkins for autism?,” Lee said.

The teal pumpkin project in the U.S. was created in 2014 by Food Allergy Research and Education (FARE) to “raise awareness of food allergies and promotes inclusion of all trick-or-treaters throughout the Halloween season.”

So for now it seems the blue bucket trend is confined to parts of the U.S., as awareness grows of ways to make Halloween more accessible for those with autism.