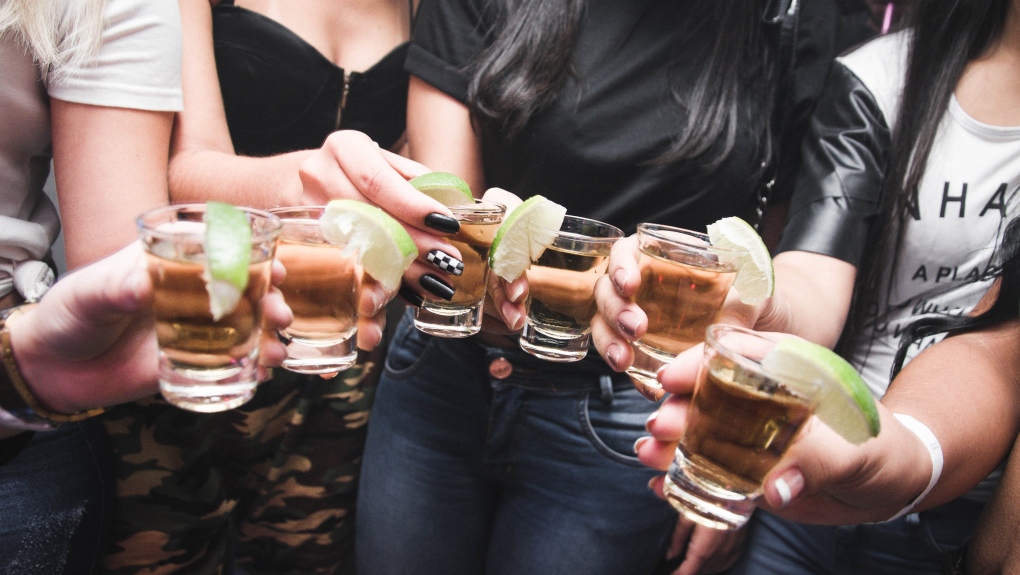 Photo by Isabella Mendes from Pexels

TORONTO -- Health experts are calling for tighter alcohol regulations amid a worrying rise in alcohol-related short and long-term harm, especially among women.

The Centre for Addiction and Mental Health (CAMH), Canada’s largest teaching hospital of its kind, issued a new alcohol policy framework on Monday outlining the changing trends that show how easier access to alcohol, along with targeted advertising, is both narrowing the gap between men and women who drink, and increasing the overall negative health ramifications.

"We always think of alcohol as an individual choice, and really a lot of what’s in the framework is showing that there are a lot of societal influences on alcohol like marketing, and that it’s important to think about all of those factors," said CAMH Chief of Addictions Dr. Leslie Buckley.

Women are at particular risk from drinking, Dr. Buckley says, not only because of differences in size and weight. Even at the same weight, the blood-alcohol level from drinking will be higher in women, for example. More importantly, because women process alcohol differently than men, women develop alcohol-related diseases faster than men.

"Most of the data is really focused on the general population. This whole lens that we’re taking -- the gender lens -- is really interesting in that it might push us to look more specifically at women and men differently," said Buckley.

In addition, research consistently shows a strong correlation between alcohol and sexual violence. CAMH pointed to research that found that some 59 per cent of women in university had experienced sexual assault, with at least half of the situations involved drinking by the perpetrator, the victim, or both.

"Attention needs to be paid to developing policies to improve how alcohol-related sexual aggression is prevented and managed, and to change social norms about the acceptability of these behaviours," said Buckley.

CAMH’s own research showed that at least 50 per cent of young women experienced sexual aggression, including sexual harassment or unwanted sexual touching, in a single evening out at a bar or club.

Advertising geared towards women has also evolved over the last two decades, with some experts calling it the “pinking” of the alcohol industry - using brand names, logos, and designs that appeal more to women.

Women represent a growth area for the industry, said Buckley, and more work is needed to highlight the problem of alcohol advertising targeted at women.

The report also detailed the billion dollar financial burden on the healthcare and penal system as a result of the harmful consequences.

Alcohol is the cause of death for nearly 15,000 deaths in Canada every year, according to a report by the Canadian Centre for Substance Use and Addiction, and the Canadian Institute for Health Information says more people are hospitalized for conditions entirely due to alcohol than for heart attacks.

That trend has accelerated at an “alarming” rate especially among women and young adults, according to an extensive study published in July by the Canadian Medical Association Journal that tracked data over a 14-year period involving more than 15 million people in Ontario.

Meanwhile, research has also shown that tighter regulatory controls around price, availability, and marketing of alcoholic beverages (including sponsorships), as well as a higher alcohol tax, are cheap, yet highly effective ways to mitigate the dangers around drinking.

But regulation around alcohol has gradually loosened over the last two decades instead, and has in fact accelerated in the last five years. Early evidence shows that the more recent expansions have already resulted in more hospitalizations, according to the 2019 study.

The International Agency for Research on Cancer also classifies alcohol as a Group 1 carcinogen, with studies showing that even moderate drinking can increase the risk for certain types of cancer. The CAMH report noted that newer studies have shown that the benefits of alcohol have also been overstated.

With the Ontario government on track to sell alcohol in convenience stores, CAMH is recommending giving municipalities the capacity to opt out, similar to what it did cannabis retail stores.

"There is strong evidence to suggest that if implemented, this will lead to an increase in consumption and harm," the report said.

The last time CAMH issued its alcohol policy framework was in 2013.

"Our role is to provide information for decision makers like politicians to help them understand what’s happening on the ground in terms of number and provide ideas and recommendations," said Buckley.

Correction: An earlier version of this story attributed data on alcohol-related deaths to the Canadian Institute for Health Information, but the information came from the Canadian Centre for Substance Use and Addiction.