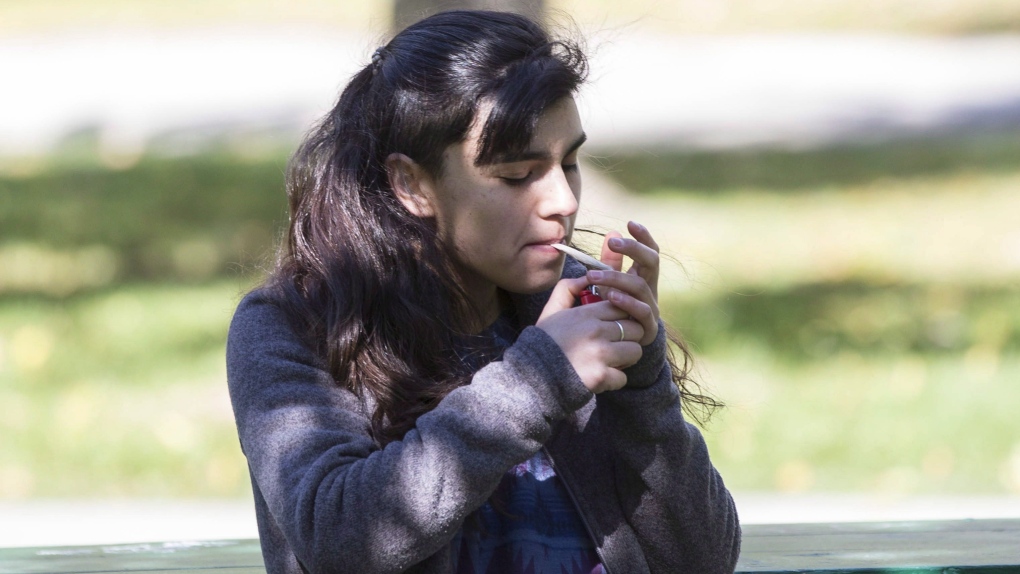 A woman smokes cannabis in a Toronto park on first day of legalization of cannabis across Canada on October 17, 2018. THE CANADIAN PRESS/Chris Young

A new study shows how different regions of the brain produce “radically different” effects from cannabis use, which may explain why people have such varied reactions to the drug.

“Until now, it was unknown which specific regions of the brain were responsible for these highly divergent effects of marijuana,” said study lead and Western University professor Dr. Steven Laviolette in a release.

The study, published in Scientific Reports, said that tests performed on rodents “identified highly specific target regions in the brain” that controlled the “rewarding” properties of cannabis versus the negative side-effects associated with the drug.

Laviolette, along with postdoctoral fellow Dr. Christopher Norris, studied the effects of THC, the main psychoactive compound in cannabis, on a rat’s brain and found that it can produce “highly rewarding” effects in the region of the brain known as the nucleus accumbens.

The nucleus accumbens is an interior structure of the brain that plays a significant role in the cognitive production of motivation, reinforcement learning and addiction.

The positive or “rewarding” effects of cannabis on the nucleus accumbens were only noted on the front portions of the structure; in contrast, THC in the rear area of this region in the brain produced “highly aversive effects” including “increased schizophrenia-related cognitive and emotional symptoms.”

The researchers said the differences between individual responses to marijuana is likely due to genetics, as that can determine how different parts of the nucleus accumbens are more sensitive than others.