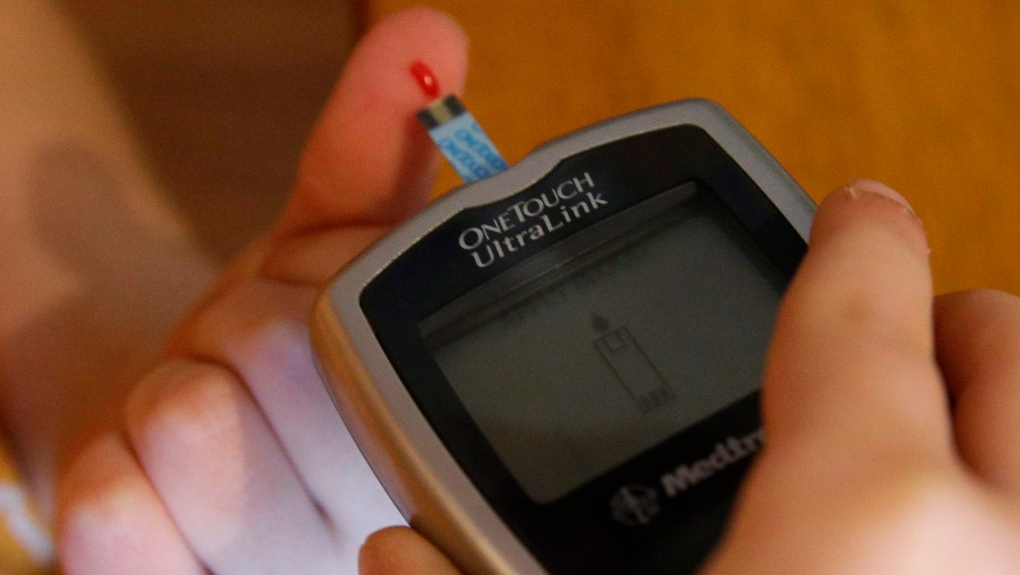 TORONTO -- A new test does the best job yet of predicting which babies are most at risk of developing Type 1 diabetes, researchers say.

Type 1 diabetes is caused when the pancreas does not produce enough insulin to regulate the body's blood-sugar levels. Unlike Type 2 diabetes, which has been linked to obesity and other lifestyle factors, Type 1 diabetes cannot be prevented.

It also primarily affects younger people; an estimated 90 per cent of Type 1 diabetes patients worldwide are under the age of 25. Approximately 40 per cent of children with Type 1 diabetes develop a complication known as ketoacidosis, which can be deadly – especially in the youngest children.

Ketoacidosis is typically only treated after diabetes is discovered. Although there are preventive treatments, they are rarely used because it is difficult to determine which children are at highest risk until the Type 1 diabetes manifests itself.

Now, researchers at the University of Exeter in the United Kingdom and the Pacific Northwest Research Institute in the United States say they have found a new, more accurate way to predict which babies will develop Type 1 diabetes – potentially opening up the possibility of preventive treatment.

"Using our new combined approach to identify which babies will develop diabetes can prevent these tragedies, and ensure children are on the right treatment pathway earlier in life," Lauric Ferrat, the lead author of the research and an applied mathematician at Exeter, said in a statement.

As outlined Friday in a letter published by the journal Nature Medicine, the researchers say they have developed a "combined risk score" test that takes into account genetics, family history of diabetes, biomarkers known to be linked to Type 1 diabetes and other factors.

When all those elements were considered together, the researchers report that they were able to "approach dramatically improved prediction of which children would develop Type 1 diabetes," forecasting whether children under the age of two would end up with Type 1 diabetes by the age of eight.

In addition, they say, their test allows far more efficient screening of newborns to prevent ketoacidosis.

The test is now being put to a trial in Washington state. The researchers say the same approach could potentially be used to predict whether newborns will develop other childhood diseases that are strongly linked to genetics, including celiac disease.

Type 1 diabetes is much less common than Type 2, affecting approximately 10 per cent of all diabetes patients worldwide.