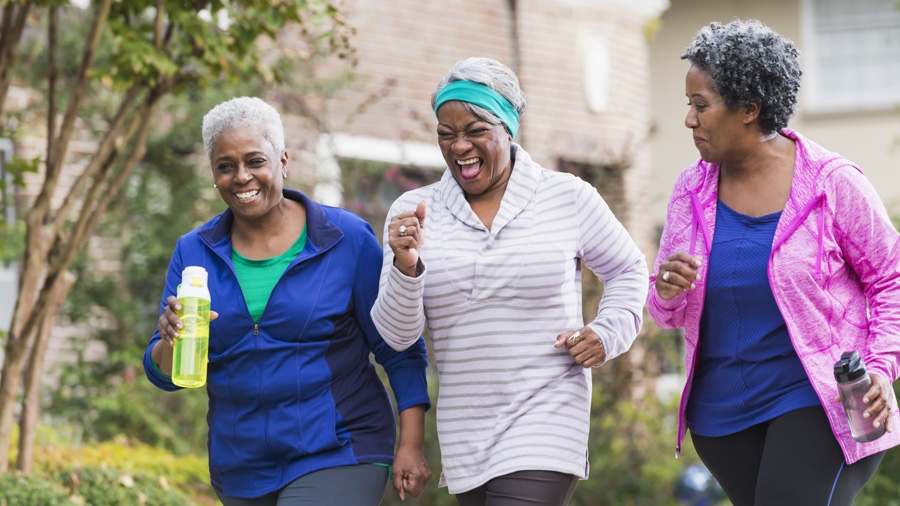 New research has found that getting the recommended amount of exercise each week could be easier than previously thought. (Susan Chiang/Istcok.com)

New research suggests that any length of exercise session, whether it is taking the stairs throughout the day or managing an hour run, counts towards achieving the recommended amount of physical activity each week, as long as it is performed at a medium-vigorous level of intensity.

Current guidelines from the U.S. Department of Health and Human Services, recommend adults partake in at least 150 minutes of moderate-intensity aerobic physical activity per week. However, the guidelines also state that activity needs to last for at least 10 minutes at a time, as shorter intervals do not provide the same health benefits.

With many Americans exposed to mixed messages about what amount of exercise really makes the difference to our health, the new research wanted to assess which type of physical activity was actually effective in reducing the risk of death and disease.

"For about 30 years, guidelines have suggested that moderate-to-vigorous activity could provide health benefits, but only if you sustained the activity for 10 minutes or more," said study author Dr. William E. Kraus, at Duke University,

"That flies in the face of public health recommendations, like taking the stairs instead of the elevator, and parking farther from your destination. Those don't take 10 minutes, so why were they recommended?"

For the new study, Kraus along with researchers from the National Cancer Institute, analyzed data from 4,840 people age 40 and older who were asked to wear accelerometers to measure their physical activity and exertion over a seven-day period.

They found that even a small amount of physical activity helped to reduce overall risk of death and disease, although the more participants did, the greater the benefits.

The team found that participants who got less than 20 minutes of moderate or vigorous activity each day had the highest risk of death, but those who managed to get 60 minutes per day cut their risk of death by 57 percent.

Increasing this to at least 100 minutes per day cut risk of death by 76 percent.

To achieve these minutes, the study found that even the shortest burst of exercise counted, such as taking the stairs instead of the elevator, as long as they were performed at a moderate to vigorous intensity level.

The study defined a moderate level of intensity as brisk walking at a pace that makes it hard to carry a conversation. For most people, vigorous exercise would be increasing walking to a jog.

Kraus says the findings, published in the Journal of the American Heart Association, are good news for many Americans, as accumulating 30 minutes of exercise throughout the day is often more achievable than setting aside time for a 30-minute workout.

Meanwhile, the body of evidence for exercise's effect on our mental as well as physical well-being continues to grow as an Australian review published this week found that stopping exercise could increase depressive symptoms.

After partaking in at least 30 minutes of exercise three times a week for a minimum of three months, those who stopped showed an increase in their symptoms, some within just one to two weeks.