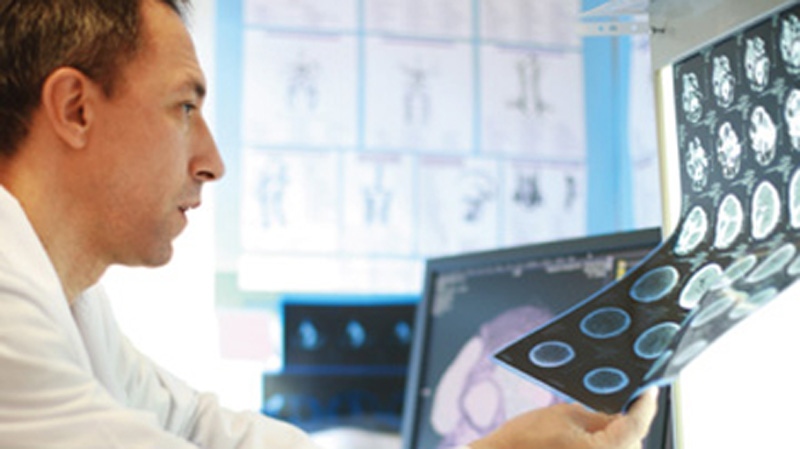 A medical professional eyes a brain scan in this undated file photo.

TORONTO -- A vaccine designed to prevent dementia is ready to enter the human trial stage within two years after successful tests on mice, researchers say.

The study, published in the journal “Alzheimer’s Research & Therapy” explores the 20 years of U.S.-backed research that was mostly carried out at South Australia’s Flinders University by Nikolai Petrovsky.

The treatment consists of a combination of two drugs that target and remove “brain plaque” and tau protein aggregate that are linked to the neurodegeneration and cognitive decline exhibited in Alzheimer’s disease, according to a press release.

Petrovsky told Australia’s The Daily Telegraph in an interview published Tuesday, that “this vaccine could be revolutionary,” but warned that it would be a while before it was available to the general public.

The release states that Alzheimer’s disease is the leading cause of age-related dementia and affects approximately 5.7 million people in the U.S., and that many other promising drugs have previously failed in clinical trials.