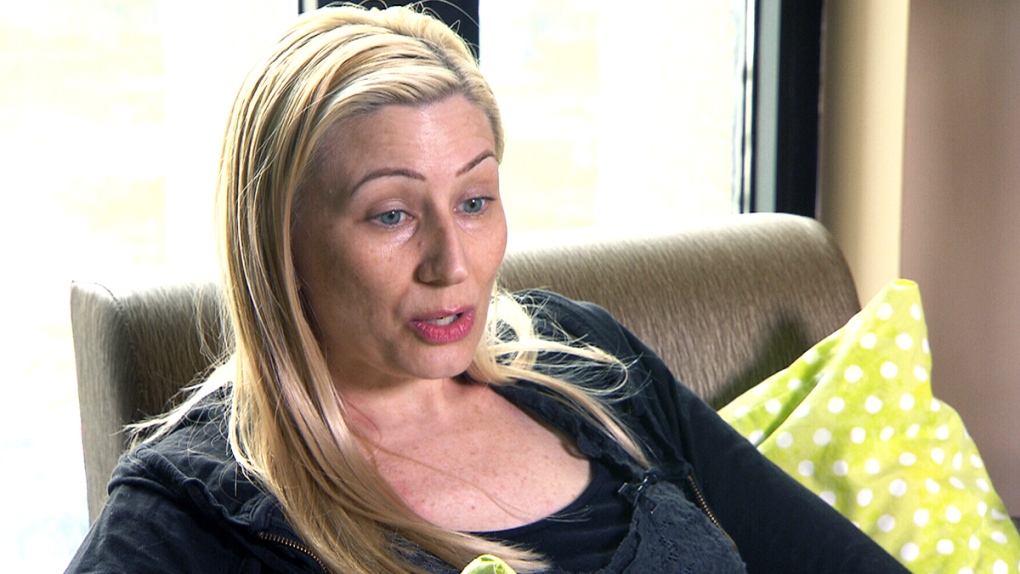 Chrissy Brajcic, a patient who battled chronic, debilitating infections after receiving surgical mesh to treat incontinence, has died in a Windsor, Ont. hospital.

Brajcic's story was featured on CTV's W5 in September.

Four years ago, after the birth of her second child, she was implanted with polypropylene mesh, a type of plastic used to treat stress urinary incontinence (SUI).

However, she said the treatment left her in severe pain and bedridden.

Her pain persisted, even after a five-hour operation to remove the implant, and she was often in and out of hospital seeking help for infections.

"I'm in a terrifying place," she told CTV News, adding her goal was to get all pelvic mesh off the market until further studies are done.

In November, she entered hospital again for sepsis – a life-threatening response to infection that can cause organ failure. Her Instagram account states: "Fighting for my life battling complications from TVT #Mesh. I now advocate for the mesh injured."

She died on Wednesday. Her husband Tony told CTV News that, "her heart stopped." However, the coroner has not confirmed her cause of death. Her family is awaiting the results of a toxicology examination. It is unclear if her death is related to her surgical mesh implant.

News of her death has devastated the close-knit community of mesh patients who were in contact with Brajcic through social media.

Kath Sansom, who launched the U.K. patient support group Sling the Mesh, wrote in an email to CTV, "The news has hit the mesh community hard. Chrissy was very popular… Despite her pain and suffering she remained serene, stoical and determined to spread the word on mesh... Her courage and positivity in the face of such adversity was admired by everybody in the mesh campaign."

There are thousands of lawsuits against the makers of surgical mesh in Canada the U.S. the U.K. and Australia. They allege the polypropelene mesh can trigger pain, and infections in some women. There are also reports the mesh can break, and migrate into other parts of the body. Some women in Canada have settled with mesh-makers quietly. The exact terms of settlements were not publicly disclosed.

In Australia, the country's medical device regulator recently banned the use of mesh for another pelvic condition – pelvic organ prolapse (POP) – where the muscles that hold pelvic organs in place become weak from childbirth or age. In a statement, the Therapeutic Goods Administration called the device too risky.

"Based on this new information, and since the publication by the TGA of the results of review into urogynaecological surgical mesh implants, the TGA is of the belief that the benefits of using transvaginal mesh products in the treatment of pelvic organ prolapse do not outweigh the risks these products pose to patients," a statement from the TGA said.

"The TGA also considers that there is a lack of adequate scientific evidence for it to be satisfied that the risks to patients associated with the use of mesh products as single incision mini-slings for the treatment of stress urinary incontinence are outweighed by their benefits."

Mesh products for urinary incontinence, like the one used to treat Brajcic, are not included in the ban.

In the U.K., the National Institute for Health and Care Excellence, also recommended vaginal mesh operations to treat prolapse should be banned as a routine treatment. An Australian Senate inquiry into use of transvaginal mesh products is issuing a report in the coming months.

Meanwhile, Sansom has set up an online donation page for Brajcic's children Ben and Jake which has already exceeded its target in a few hours.

"We are all determined that Chrissy did not die in vain - that her legacy is one of awareness," she said.