Walk off the Earth tackles 'Shake it Off' with kazoos, ukuleles 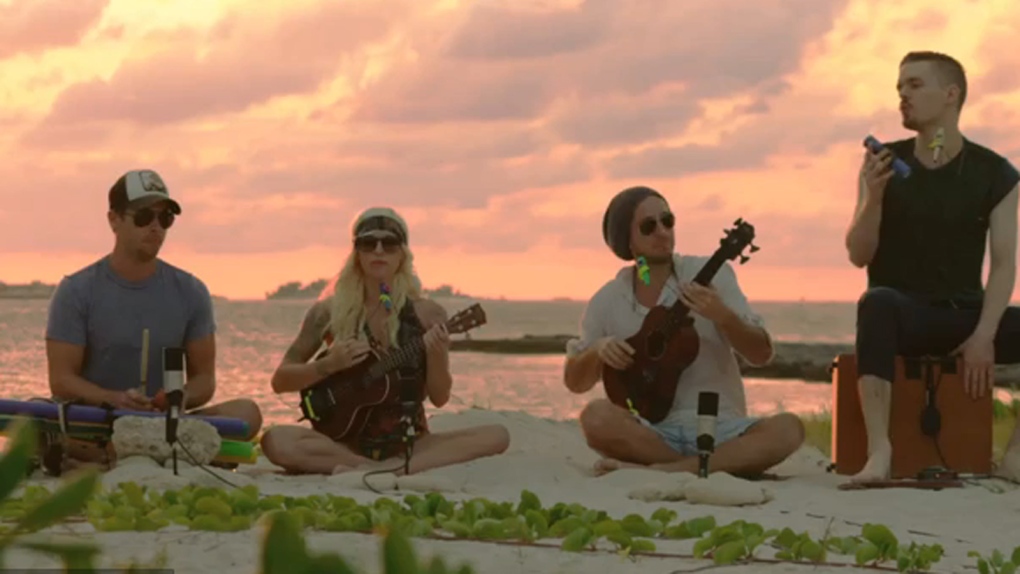 In this YouTube screengrab, Walk Off the Earth sing along to Taylor Swift's "Shake it Off."

The group posted their version of Swift's single "Shake it Off" to YouTube on Tuesday.

In their simple rendition, the group tackle the track using shakers, ukuleles and kazoos.

As of Wednesday morning the video had received more than 213,000 views.

This isn't the first cover the group has seen go viral. The band, which formed in Burlington, Ont. in 2006, is best known for their version of Gotye's "Somebody that I Used to Know."

In that video, all of the group members played a single guitar while they took turns singing the lyrics. The video, which has been viewed more than 161 million times on YouTube, even received praise from Gotye on Twitter.