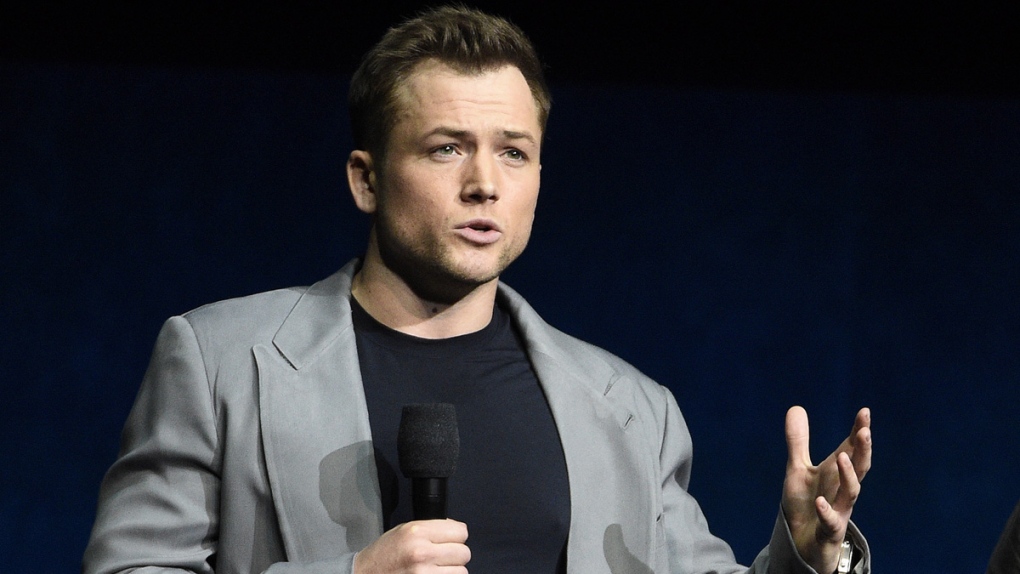 The Elton John musical starring Taron Egerton is one of the summer's most anticipated releases and the studio kicked things off on an upbeat note Thursday morning with some footage and a Las Vegas-worthy performance of "I'm Still Standing" with some sequin-clad dancers.

"Elton's known for his spectacle and his theatricality, and bringing the music to the big screen, was a challenge but also exciting," said director Dexter Fletcher.

His film, a high-energy, song and dance-filled "musical fantasy," out May 31, is intended to be an, "honest and truthful portrayal of a great man."

Although not a traditional biopic, it will hit on key moments in John's life, like his early days at the Royal Academy of Music, to that first performance at The Troubadour and his struggles with substances and fame.

Egerton did his own singing as the iconic performer and said that John has been "remarkably hands off."

"We always felt we wanted to be irreverent with the role and make audiences feel like they're getting a glimpse behind the curtain," Egerton said, noting that they wanted to show John's demons, but also make him likable.

The film starring Mackenzie Davis is a direct sequel to James Cameron's "Terminator 2: Judgment Day," thus ignoring the less-successful attempts to reboot the franchise like "Terminator Genisys." Cameron even came back to produce this installment, directed by "Deadpool's" Tim Miller.

"Isn't it great? The whole team is back together again," Arnold Schwarzenegger marveled on the Las Vegas stage with Hamilton by his side. "It is so fantastic."

Cameron pitched Schwarzenegger the story, which is being tightly guarded, on a motorcycle ride (which they do together frequently). It hits theatres Nov. 1.

Adding to the star-power, Jim Carrey made a surprise appearance, too.

After throwing a bucket of popcorn all over the stage, Carrey quipped that he wanted to give the audience, "More than a taste of what a real star vehicle is like" following a preview of "Sonic the Hedgehog," in which he plays Dr. Robotnik.

Will Smith could only attend through video message to tease Ang Lee's "Gemini Man," an action film about an assassin facing an operative who "can predict his every move."