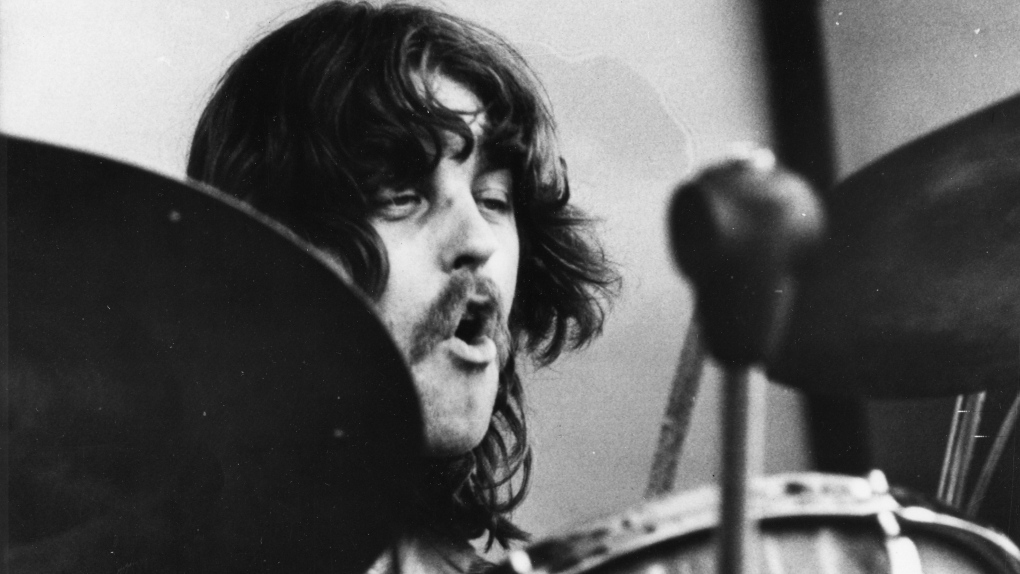 Skip Prokop performs with his band Lighthouse at the Newport Jazz Festival in Newport, R.I. in a July 4, 1969 file photo. Prokop, co-founder and drummer with the Canadian rock band Lighthouse, has died. He was 74. (THE CANADIAN PRESS/AP)

TORONTO -- Skip Prokop, the big-hearted drummer, co-founder and visionary behind Canadian rock band Lighthouse, has died. He was 74.

Band manager Brenda Hoffert, wife of Lighthouse co-founder Paul Hoffert, said the beloved musician died Wednesday in a St. Thomas, Ont., hospital. She said Prokop had been living with a heart condition and was ill for some time.

Born Ronald Harry Prokop, the Hamilton native had his initial taste of international success with Canadian psychedelic rock band the Paupers in the early 1960s. After the group disbanded, Prokop was an in-demand session musician for industry heavyweights including Carlos Santana, Janis Joplin and folk trio Peter, Paul and Mary.

But Prokop envisioned the creation of a rock orchestra infused with horns, strings and a rhythm session. He was able to realize his dream through a meeting with jazz pianist and film composer Paul Hoffert, co-founding Lighthouse in 1968. The duo teamed with guitarist Ralph Cole and some 10 other musicians from the jazz, rock and classical disciplines.

Brenda Hoffert said their first gig on May 14, 1969 at the Rockpile in Toronto was memorable for unexpected reasons. Lighthouse had been due to perform with the musical collective behind the album "Super Session" -- but the other group didn't show up.

"This was Lighthouse's first gig and they only had a certain amount of material because it was their first gig, so they had to play their whole show twice in order to fill the time," she recalled in a phone interview on Thursday. "But fortunately, Lighthouse was such an improvisational band that it wouldn't have mattered, because Lighthouse has never done the same show twice ever."

The band had chart success and was well-known for infectious tracks like "You Girl," "One Fine Morning," "Pretty Lady" and "Sunny Days."

In the early '70s, the musician and future Oscar-winning actor was a roadie for the band when they performed in Texas.

"He always remembered that moment," Hoffert said of Thornton's encounter with Prokop. "The reason that he did was that he just remembered how kind this guy Skip Prokop was. He was just a roadie with the venue and Skip let him play his drums and he never forgot that. He was just a kid, and this is the kind of thing Skip did all the time."

Prokop left Lighthouse in 1973, a year before the group disbanded, but he remained an industry mainstay composing music for film, TV and commercials and working as an album producer.

He played drums in the Christian rock band Mercy Train where his son Jamie was lead vocalist and guitarist.

"Not only was Dad an amazing musician and creator he was a lover of music," Jamie Prokop said in a phone interview Thursday, recalling growing up listening to artists like Steely Dan, Hall and Oates as well as classic rock and jazz.

Jamie was in high school when he found his first acoustic guitar on his bed -- a gift from his father. His formal music education began even earlier in childhood. Jamie recalls first sitting down at a small drum set in the early '80s when he was no more than six or seven.

Skip Prokop returned to the Lighthouse fold when the band reunited in 1992 and they continued to hit the road both within Canada and abroad.

"There is an incredible chemistry between all the members of Lighthouse going back to their heyday.... They were very, very close," said Hoffert.

"Almost every weekend we'd get together at either our place or Skip's place. It was a very family-oriented band.... It wasn't a music thing, it was just a friendship thing, just hanging out, being together."

Hoffert said Prokop had been unable to perform with the band since 2014 so Jamie had stepped in to take his place.

Tributes poured in for Prokop on Thursday, including from singer-songwriter Tom Cochrane, who described the late musician as an "incredible drummer, pioneer (and) a kind soulful person."

Hoffert said she's planning a celebratory concert next year to commemorate the 50th anniversary of the band.

"He was a very genuine person. What you saw is what you got. He didn't suffer fools gladly but he was also a really kind person. He really had a huge heart."

Prokop is survived by his wife Tracey, son Jamie, and daughters Shannon and Cassandra.