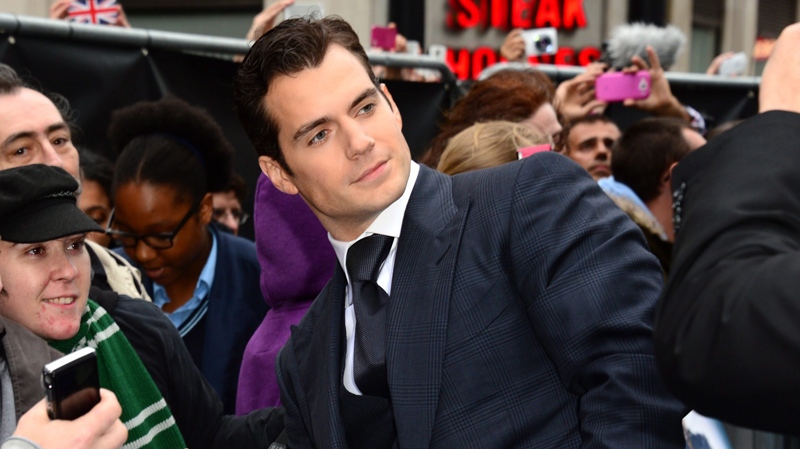 Actor Henry Cavill signs autographs for fans at the European Premiere of 'Man Of Steel' in London on Wednesday, June 12, 2013. (Photo by Jon Furniss / Invision / AP)

He may have been the "Man of Steel," but Henry Cavill says he hasn't always been in the best shape.

In a recent interview with Men's Health, the actor revealed that in the mid-'00s he tried out for the role of James Bond.

The screen test involved Cavill walking out of a bathroom wrapped in a towel.

It didn't go well, he said.

"I probably could have prepared better," he said. "I remember the director, Martin Campbell, saying, 'Looking a little chubby there, Henry.' I didn't know how to train or diet. And I'm glad Martin said something, because I respond well to truth. It helps me get better."

The role instead went to Daniel Craig and Cavill became one of the stars the Showtime historical series "The Tudors."

He later became Superman in the DC films, but before that he had to show off his physique in the 2011 film "Immortals."

"It was my first experience working on a movie and having my shirt off for most of the damn time," Cavill said.

The actor went on a strict six-month diet and did extensive martial-arts training.

"It's very emotionally taxing," he said. "When you add the lack of food and the pressure on top of that, it's tough."

He also kicked things up a notch for his starring role as Superman in "Man of Steel."

"I know what it feels like to go from out of shape to in shape [afterward] I'll look at myself like, 'Man, well done,'" he said. "It's not like I'm a golden god — I'm just proud of what I achieved."