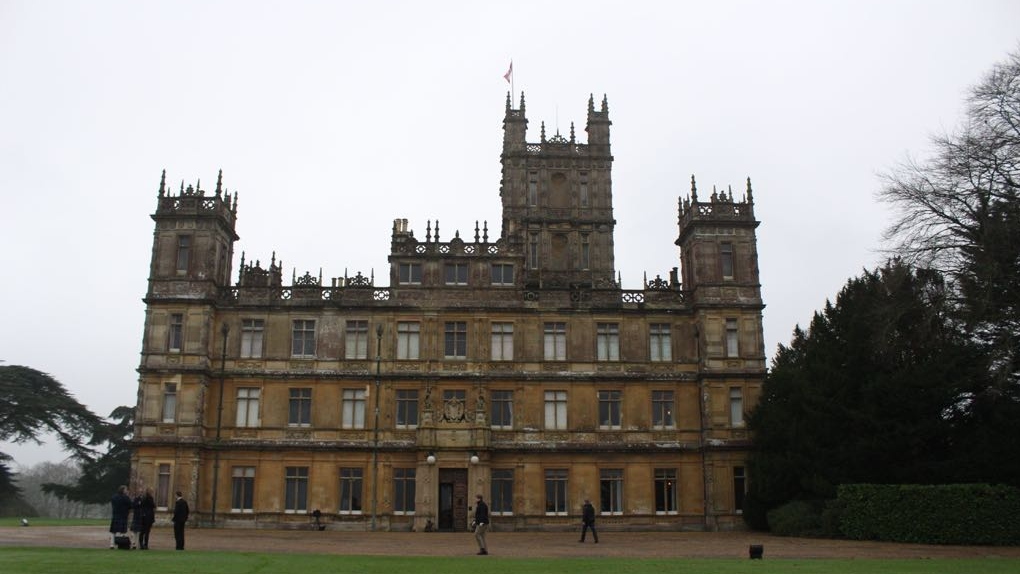 Highclere Castle, the real-life structure used for the show 'Downton Abbey,' is shown in Highclere, U.K., on Jan. 11, 2018. (Daniele Hamamdjian)

There might not be much to this first glimpse of the "Downton Abbey" movie, but it serves its purpose in whetting appetites for the 6-season series' big-screen reunion.

A full length trailer is "coming soon," this Downton Abbey teaser promises, ahead of a September 2019 theatrical release for the TV series' next chapter.

Instead of listing cast members, the teaser instead shows a selection of 16 character names.

Much of the original series cast is already confirmed to return, though Lily James' Lady Rose MacClare will not be involved, and several new additions will also be present, including Imelda Staunton, Tuppence Middleton, Max Brown and David Haig.

A September 20, 2019 release is anticipated in North American theaters, following UK and European debuts the week before, with other dates to be announced.

"Downton Abbey" originally ran on UK television from 2010 to 2015. The follow up film was announced in April 2016, a month after the Season 6 Christmas Special had aired on US TV.