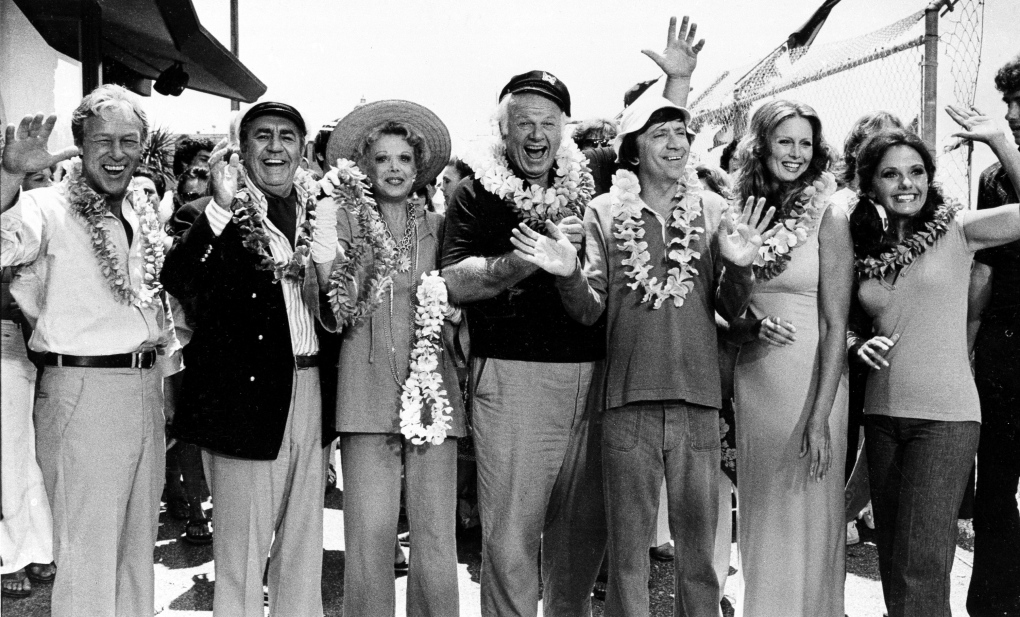 It was one of America's best-loved sitcoms at the height of the Cold War, but a new documentary claims "Gilligan's Island" was in fact a hymn to "communist" values.

In the last interview before he died in 2011, Sherwood Schwartz -- the television producer who also created "The Brady Bunch" -- said that the fictional utopia he invented for a group of castaways on a tropical island was meant as a light-hearted critique of capitalism.

Award-winning filmmaker Cevin Soling told AFP that Schwartz, a biologist who began his career writing jokes for Bob Hope, "affirmed to me what I had long suspected ... that Gilligan's Island was a communist paradise".

All property on the island was shared and the series' main heroes were its only two working-class characters -- the bumbling ship's mate Gilligan and salt-of-the-earth striver Mary Ann.

Although far from a communist himself, the left-leaning Schwartz told the documentary "The Gilligan Manifesto", which was presented at the MIPTV gathering at the French Riviera resort of Cannes this past weekend, that the comedy had a serious political side.

But he said he didn't want to force that down people's throats. "Sometimes those lessons are hammered into you, whereas doing it gently with comedy you achieve the same purpose and sometimes it's longer-lasting.

"The issue behind it is serious. I got the idea to bring a lot of people together that would not normally be together," he added.

In the series, first broadcast in 1964, a multimillionaire and his wife are shipwrecked on an island after taking a day-trip from Hawaii with a Hollywood movie star, a professor and the ship's captain and crew.

'A kind of communism'

Although, in the series, details of what is happening in the outside world are unclear, it appears the world has been plunged into some kind of nuclear war.

On TV just two years after the Cuban missile crisis had brought the world to the abyss, Schwartz said he originally wanted to make "a satirical two-hour film about the only seven people left" after a nuclear holocaust.

Soling said that as a childhood fan of the show -- which was still being run on television in the late 1980s -- he had long suspected "Gilligan's Island" was not quite what it seemed.

"When I interviewed Sherwood Schwartz shortly before he passed away he affirmed a lot of the things that I suspected, and added a whole lot more," Soling said.

Not only did the series send up the rich and the celebrity culture, Soling argued that it also skewered the way money was undermining democracy.

"Schwartz was very much a capitalist -- he lived in Beverly Hills -- but his utopian vision of the world turned out to be a kind of communism without him actually calling it that because of the shadow of totalitarian Soviet communism," he said.

Ironically when two Soviet cosmonauts crash-land on the island in one episode they are completely thrown by what they find. They suspect that the simple-minded Gilligan is the supreme leader, a Machiavellian genius who manipulates the others.

Soling, best known for his films "The War on Kids" and "Ikland", said it is remarkable that the secret never leaked out.

"Schwartz had always insisted that it was meant to be political but he knew that if he did it with low-brow slapstick humour he could be subversive and people wouldn't be threatened."

Rather than Marx, Schwartz said his inspiration came from the Bible. "They say that the meek will inherit the Earth and that was my belief," he said.